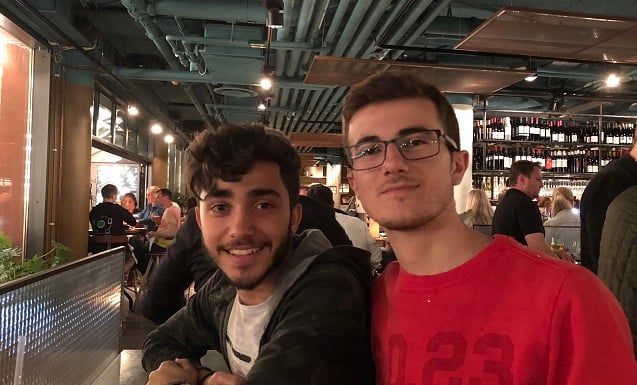 Medhi, from Iran, applied from asylum on the grounds that he risks persecution in his home country due to his religion as a Christian and as a gay man. But the Migration Agency denied his application, saying in a statement seen by The Local that it did not find sufficient reason to believe he was at risk due to his religion or sexuality and calling into question his reliability.

One reason is that Medhi only applied for asylum ten months after arriving in Sweden, where he joined his sister, something the agency said called into question his “general trustworthiness”. The Iranian told The Local that since his sister moved here for a Swedish partner, neither of them knew of the obligation to apply for asylum as soon as possible after arriving in the country, or the process for doing so.

“I didn't know how I should apply, but after a while I figured out how to go to Migrationsverket and I went there in person,” he said.

In his first interview, Medhi didn't mention his sexuality because his sister wasn't aware, and only informed Migration Agency staff he was gay after his lawyer assured him this would be confidential. However, he says he was surprised that the interviewers asked “really private questions”, including about whether he had had sexual contact with men in Iran. In its judgment on Medhi's case, the agency notes that assessments of sexuality should not be based on a person's sexual relationships but on their “views, feelings and experiences of difference, stigma and shame”, and noted that it was important for asylum seekers in this category to be able to explain their “inner process” of coming out.

The agency said it found a “lack of reliability” in Medhi's statement regarding his coming out and his relationship.

“They didn't believe me […] but for everyone, it's a different process of coming out,” the 19-year-old explained.

A representative of Swedish LGBT rights organization RFSL has written a letter in support of Medhi, explaining that he has met the Iranian several times and discussed his experience of homosexuality and saying: “It is clear that he is homosexual and wants to live as a homosexual in the future.”

The letter also notes that the coming out process is different for different people and can take varying lengths of time, particularly in countries where homosexuality is not openly accepted. Being gay is considered a mental health disorder in Iran, and is also a crime punishable by severe sentences and even death.

“Here, I have a life; an open, gay life. Most of my friends know that I am gay,” said Medhi. “I would really like people to help us.”

In March last year, he met his partner Carlo via dating app Tinder, and Carlo also provided a statement to the agency, which was described by the agency as unreliable.

“I gave my testimony in Italian and it was translated to Swedish, but the translator was terrible. For every ten words, she only wrote one. The translator said that we were engaged, even though I hadn't said that, and they used this as a reason to invalidate my testimony,” Carlo told The Local.

In the Migration Court's judgment, it gives this discrepancy as one of the reasons for denying asylum, but Carlo said that he used the Italian word fidanzato to describe their relationship. Fidanzato can mean 'fiance' but is commonly used to describe any serious relationship.

The pair have contacted journalists in Italy and Sweden to raise awareness of their situation, and Italian MEP Pina Picierno has applied to the European Commission regarding the couple's case. They also plan to appeal the decision with the Migration Court of Appeal in an effort to have it reconsidered.

“It feels like instead of trying to help people, they are trying to find a reason to say no,” Carlo said.