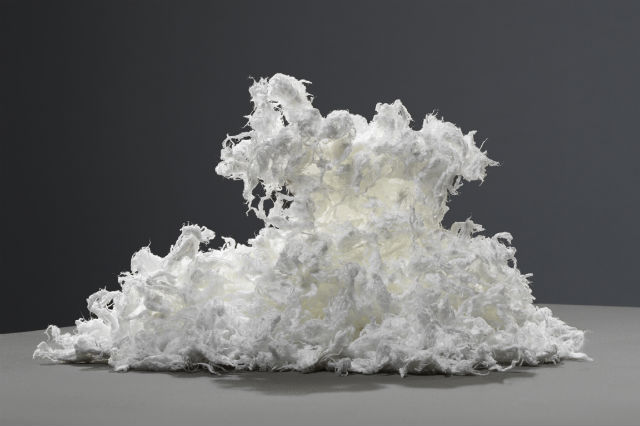 Founded in Stockholm in 2012 by KTH researchers and recycling specialists, re:newcell is a recycling technology company aiming to make the fashion industry sustainable.

“The vast majority of all clothes end up in landfill or are incinerated once they reach their end of life. So that's a huge amount of waste,” says Cavalli-Björkman about the core recycling issue the world is facing. But re:newcell has found a solution by turning used textiles into brand new ones. Photo: Cotton can be dissolved and turned into re:newcell pulp

At the time the idea of re:newcell emerged, recycling options were limited. “There really was one option which is low-grade recycling into stuffing for car seats or isolation for buildings et cetera, so it was lower value of textile materials and also mechanical recycling where you shred the garments up and make new yarn out of it, but you always lose quality in that process,” he says.

“The idea behind re:newcell is to make available as raw material the vast amounts of waste the fashion industry produces. Which means closing the loop of fashion by introducing a circular flow of material in the industry.”

To close that gap in the recycling loop, re:newcell's technology dissolves used cotton and other natural fibres into new, biodegradable raw material. By decomposing the cellulose in used cotton and viscose to create new pulp, new fabrics and garments can be produced.

“Textile has a vast impact in various ways, both when it comes to climate and environmental impact. It's extremely wasteful.”

Studies predict there will be 8.5 billion people on earth by 2030. As the world's population grows, the consumption of textile grows with it. “Even at the current state, it would be essential to find new sustainable raw material alternatives. But it will be even more so as we go into 2030 and beyond,” says , adding that “sustainability is important to build a society which can live within its means, and to take better care of the resources available on this planet”.

The company has experienced tremendous interest from fashion brands. “There is a push for cleaning up the act both when it comes to recycling but also re-use and re-make efforts. Essentially to use the material that's already been grown in a better way,” says Cavalli-Björkman.

And apart from the market interest, there's also movement policy-wise. Indeed, new laws about the recollection of textiles in municipal waste collections were set by the European Union to be achieved by 2025.

Re:newecell is riding the sustainable movement wave and their up-and-running plant in Kristinehamn is their first step. The plant has an annual capacity of 7,000 tonnes per year which equals 30 million t-shirts in weight. Still, Cavalli-Björkman emphasizes that this proportion is tiny when compared to the total consumption of textile fibres in the world which is over 100 million tonnes per year.

“This company is built on the idea of achieving scale. So it's not about making a one-off, small scale production of recycled textiles. It's about growing and becoming a relevant share of the total fibre market for the future,” he says, adding that “the next plant will probably be probably four times as large as the one we have today, probably around 30,000 tonnes per year capacity and we want to build many of those.”

Re:newcell might only be getting started, but the company is already breaking through towards a more sustainable future.