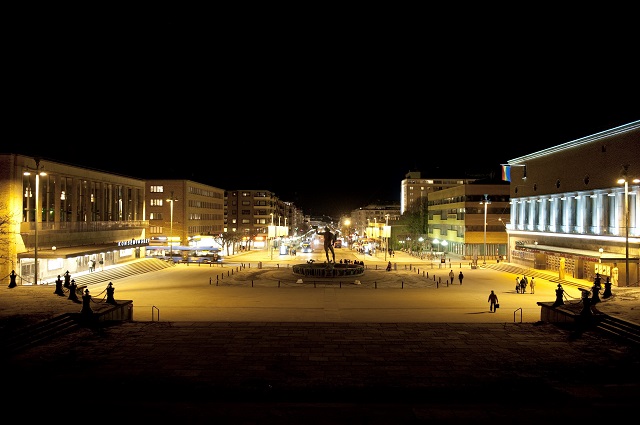 Police were alerted to the brawl at a restaurant in the city centre at around 3.30am on Sunday morning, and an hour later, the venue was evacuated and closed.

Shortly after that a new scuffle broke out at a nearby hamburger restaurant, which police said was probably caused by the same people.

A total of 12 patrols were involved in dealing with the brawl, and police said some of the suspected perpetrators were previously known to them.

Several security guards were reportedly mildly injured and police were also attacked at the restaurant, but none needed to seek medical care as a result.

“It's a situation that spiralled for some reason, but we don't know what the brawl was caused by. It could be purely alcohol related,” police spokesperson Stefan Gustafsson told the TT newswire.

Police filed several reports of threats and violence against a public servant, and several people were temporarily detained but were released later and no arrests were made.

READ MORE: Click here for the latest news and features from Gothenburg