Don't miss out on maximising your pension just because you're living abroad. Photo: Fredrik Sandberg/TT
The Local
[email protected]
@thelocalsweden


Pension-planning is an important part of keeping on top of your personal finances, and that's true whether you've moved to Sweden for the long haul, plan to stay for just a few years, or are choosing to retire to the Scandinavian country. The Local takes a look at ten key things to know about your Swedish pension.

How many parts is your Swedish pension divided into?

Your pension, or the money you receive once you stop working, comes from three sources: the state, your employer, and any private pensions accounts you have set up yourself.

Everyone who spends time living and working in Sweden is entitled to the state pension, which itself is made up of two parts. A total of 16 percent of your taxable income is paid into your ‘income pension’, while a further 2.5 percent goes into funds. It’s the employer who pays this, and as an employee there’s nothing you need to do about it (the fee is fixed and it’s obligatory for employers to pay it) other than knowing that it’s there.

The occupational pension is also paid by the employer and is offered to most employees in Sweden, but the amounts vary. And the private pension is the third source, which you might set up through a bank, a capital insurance fund, or other forms of investment.

Is there an upper limit on pensionable income?

The higher your salary, the more money you’ll get in your state pension and occupational pension. But there is an upper limit. Your pensionable income includes your wages as well as all any other taxable benefits you receive in a given year such as paid sickness or parental leave.

Do most workers have an occupational pension?

The majority of employees in Sweden will receive an occupational pension. In workplaces with a collective agreement, it’s common for 4.5 percent of your salary to be put into this pension pot.

Workplaces without a collective agreement aren’t obliged to offer an occupational pension, but many do. As an employee, it’s important to speak to your manager or HR representative to find out the system at your company. Ideally, you should do this early on, and you might choose to negotiate a higher pension rate at the same time as you negotiate your salary.

When it comes to withdrawing your pension, be aware that some occupational pensions are paid out automatically but others need to be applied for.

EXPLAINED: How to decipher your orange pension envelope in Sweden 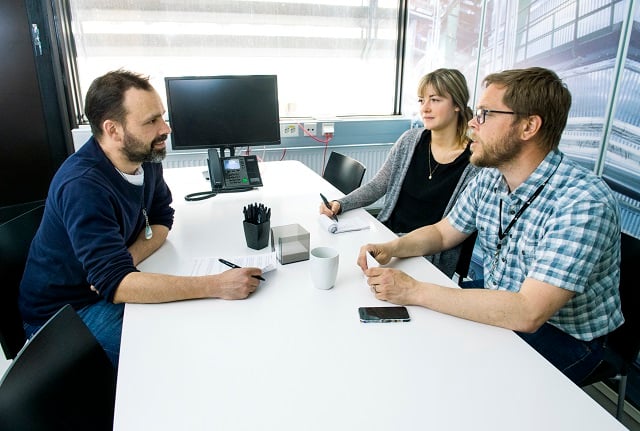 Do you get a say in how your pension is saved?

This is another reason why it’s important to keep good track of your pension; not only so you’re aware of how much you’ve got, but because you can actually influence how and where it’s saved.

In many cases, it’s possible to move funds for your occupational pension around. Again, this is something you can speak to your manager or HR department about.

And as well as the occupational pension, 2.5 percent of your state pension (this section is known as the premium pension) goes into investment funds. It’s the employer who pays this, but you can choose which funds your money goes into. If you don’t want to choose, your money will be invested by default in AP7 Såfa, the Seventh AP Fund (National Generation Management Option).

Will you get sent annual updates on your pension status?

Yes, but the further away from retirement you are, the less likely these are to be accurate.

Each spring, Swedish residents receive a bright orange envelope in the post, with information about the amounts in their pension pots and an estimate of how much you’ll be entitled to after retiring. These calculations are done on the assumption that by retirement you’ll have lived and worked in Sweden for at least 40 years, so for people who moved here as adults they are unlikely to be accurate.

If you want to keep track of your pension though, there’s no need to wait for this yearly reminder. You can log on at Minpension.se, a website run by the Swedish government and pension companies. 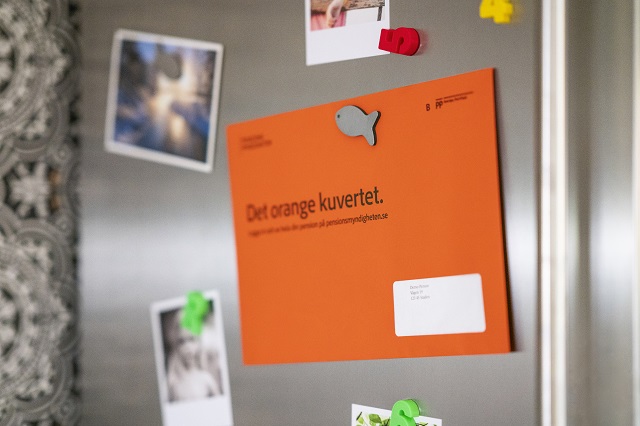 Are you entitled to your Swedish pension even if you move abroad?

If you choose to retire to a different country, or if you leave Sweden before retiring, you can still claim any pension earned while working in Sweden. This applies whether or not you have Swedish citizenship.

Several countries have pension agreements with Sweden, including all EU/EEA countries, the US and Canada (find a full list here). In those countries, you can apply to the pension authority of your country of residence to start drawing your Swedish pension. If you live in a different country, you need to apply to the Swedish Pensions Agency directly for advice.

You only keep your guarantee pension (a basic level of pension for retirees on a low income; see below for more information) if you move to the EU/EEA, Switzerland and in some cases Canada, but you will keep your income pension and premium pension regardless of the country you move to.

Can you receive a ‘survivor’s pension’ if a deceased family member had a Swedish pension?

If your spouse or parent lived or worked in Sweden, in some circumstances you can apply for a survivor’s pension, even if you have never spent time living or working in Sweden yourself. The process is the same as above: in countries which have a pensions agreement with Sweden, contact the pension authority there, and in other countries, contact the Swedish Pensions Agency.

Does Sweden offer a state pension to those who lived on low or no income?

If you retire in Sweden after living on a low income or no income at all, you may well be entitled to what’s called a guarantee pension. Currently, this can be collected from the age of 65, but this may rise over the next few years.

The guarantee pension is calculated on the assumption you spent 40 years living in Sweden, so if you’ve lived in Sweden for a shorter time than this, you’ll be entitled to a smaller amount. In order to receive this pension, you need to have been resident for at least three years, and the amount you receive is reduced by one fortieth for every ‘missing’ year. So if you’ve lived in Sweden for 23 years, your guarantee pension would be reduced by 17/40. Exceptions are made for people who arrived in Sweden as refugees.

Is there a fixed retirement age?

You can start drawing your pension from the age of 62 if you wish (this limit will be raised in 2023).

There’s no upper limit, and you have the right to keep working until the age of 68. But in theory, you can keep working and earning towards your pension without starting to draw it for many years after this, as long as you agree that with your employer. 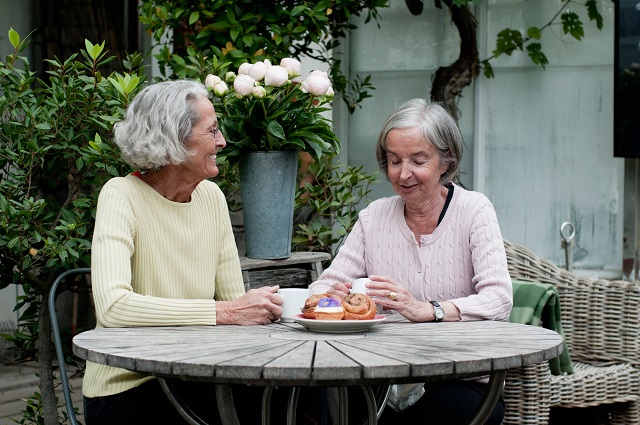 Can you claim overseas pensions in Sweden?

For internationals who choose to retire in Sweden, the biggest concern might be ensuring that their foreign pensions can be moved to their new country. Years spent working outside Sweden mean a loss in both Swedish state and occupational pension, but if you’re in a country that has a pension agreement with Sweden (that’s all EU/EEA countries plus several more, such as the USA and Canada), you just need to inform the Swedish Pensions Agency that you’ve worked in those countries. You’ll usually need to give details about the countries you’ve worked in, time spent in each one, and your national insurance number in those countries in order to access your state pension.

If you have private or occupational pensions overseas, you’ll need to get in touch with the relevant banks or funds in order to find out how to transfer these to Sweden.

And this also applies to state pensions earned while working in countries without a pension agreement with Sweden; you’ll need to contact the authorities in those countries to find out if and how you can access your pension.

READ ALSO: Who are those people on your Swedish banknotes?

This article was first published in March 2019, and updated in February 2021