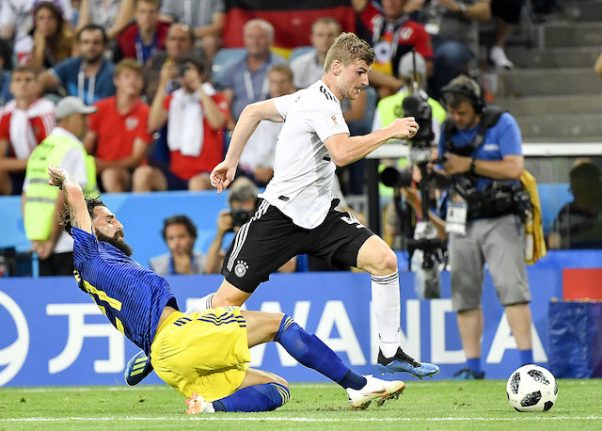 Durmaz was subjected to thousands of abusive comments on his Instagram account after his foul led to a free kick that handed Germany a 2-1 victory in the 95th minute in the group stage.

Sweden nonetheless progressed to the quarter-finals of the tournament in Russia.

Durmaz, a Toulouse TC winger born in Sweden to Assyrian parents who emigrated from Turkey, said at the time his family and children had also been threatened.

The Swedish football federation reported the abusive comments, including many racist remarks, to police, and prosecutors singled out three posts in particular, all written by youths.

The first youth received a formal warning from the prosecutor while the second accepted a fine without a trial.

The third, the 17-year-old convicted on Tuesday, went to trial because he rejected the charge of issuing threats, insisting he didn't mean them seriously.

Among other things, he had written “I have your address, you better watch out”, and “disgusting blatte”, a derogatory term in Swedish for immigrants.

The Växjö district court in southern Sweden handed the teen a fine of 2,500 kronor ($270) and ordered him to pay damages of 8,000 kronor to Durmaz.

In one of the most striking images of the World Cup for Swedes, Durmaz read a statement from his mobile phone in front of the media calling for an end to the racist attacks against him and his family, with his team-mates standing behind him.

The head of the Swedish football federation Håkan Sjöstrand hailed Tuesday's conviction, telling TT news agency it was a “clear signal to society that we don't accept this type of hatred and racism.”