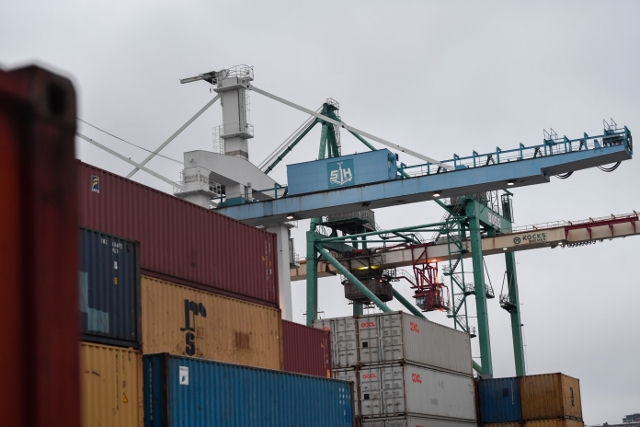 The strike would have affected around 20 ports across Sweden. Photo: Stina Stjernkvist/TT

The Swedish Dockworkers' Union had been fighting since 2016 to establish a collective bargaining agreement for its members with Ports of Sweden.

Collective agreements (kollektivavtal) are a common feature of the Swedish labour market and regulate the relationship between employers and staff, for example through fixed wages and working conditions.

Jan-Olof Jacke, CEO of the Confederation of Swedish Enterprise, described the deal as “good for both sides” especially considering the consequences of a strike, which would have seen more than 1,000 workers walk out.

“The agreement means that for the first time in a very long time we can have peace and quiet in the ports and look ahead,” he told a press conference in Gothenburg.

“We now have a national CBA for the first time in our union's 47-year history. We had to fight like hell to get here. But we did it. Together,” wrote the Dockworkers' Union on Facebook.

LONG READ: Why are strikes so rare in Sweden?