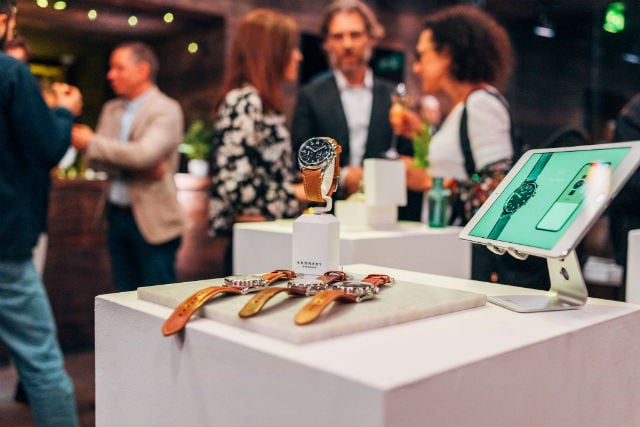 Kronaby watches on display in London. Photo: Kronaby
The Spanish watch company won out over five other bidders to buy the right to the Kronaby brand, hardware and software developed by Anima, sealing the deal with the company's administrator, Ola Sellert, on Thursday.
“I'm very pleased with the result. It means those watches can keep on working and customers can be provided with the service even in the future,” Sellert told The Local.
He warned, however, that Festina only intended to hire two of Anima's 60 Malmö employees, meaning the offices in Västra Hamnen would be shut down.
The proceeds from the sale will also not be enough to cover Anima's liabilities, most of which are to its former majority owner, the Chinese electronics company Goertek.
Pål Borge, the former Sony Mobile executive who co-founded the business and served as chief executive, will not be retained.
“He's positive that the business can continue, but of course it would have been better if more employees were hired. But this is what is possible,” Sellert said.
READ ALSO: Malmö smartwatch company Kronaby files for bankruptcy
When Borge spoke to The Local in February, he complained that Goertek had withdrawn its support for Anima at extremely short notice, after an abrupt change in strategy.
He said the company had aimed to reach break-even by the end of 2019 and would have only required a further capital injection of a few million dollars to do so.