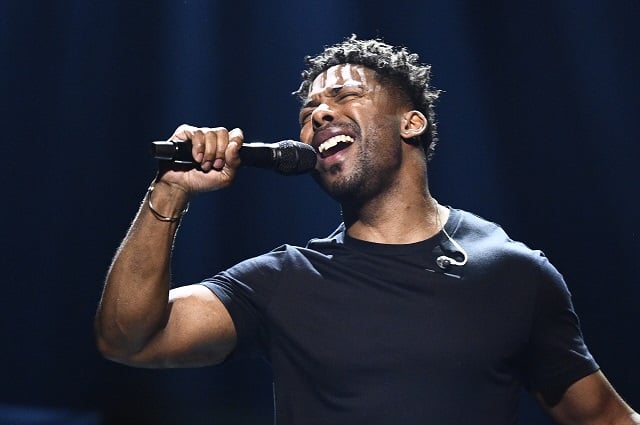 The 36-year-old was the favourite to win Melodifestivalen, the Swedish contest where the country's Eurovision entry is chosen, and he came top by a hefty margin in the finale. Here's what else you should know about John Lundvik.

He'll be competing against himself in Eurovision

Wait, what? Yes, Lundvik wrote the UK's entry for the contest, Bigger Than Us, to be performed by former X Factor contestant Michael Rice. In fact, he's revealed that he had originally hoped to enter Melodifestivalen with the tune, but broadcaster SVT encouraged him to change songs. So Brits in Sweden (and vice versa) have twice as much reason to support Lundvik, who was born in London and adopted by Swedish parents, before the family moved to Sweden when he was six.

Lundvik made his career writing songs that have brought other artists success. Last year was his first time entering Melodifestivalen as a singer, with the ballad My Turn announcing his transition to performing. He came third in that contest, a very respectable placement for a first-time Melodifestivalen entrant, while reality TV star and singer Benjamin Ingrosso won the top spot.

He wrote a song for a royal wedding

Lundvik has written songs for TV and films and performed at many of Sweden's most prestigious musical events, but this is surely a career highlight.

Back in 2010, Lundvik co-composed the official wedding song of Crown Princess Victoria and Daniel Westling, When You Tell the World You're Mine. This original song was a gift from Daniel to his bride, and you can see the Crown Princess' delighted reaction in the video below.

As well as singing and songwriting, Lundvik also has an impressive background in athletics. In 2005, he was a member of the bronze-medal-winning relay team at the Swedish Championships, and as a sprinter he's won eight gold medals in national championships.

Back in 2016, he also penned the official Swedish song of the Olympics: All About the Game.

So, what about the Eurovision entry? Lundvik co-wrote the song with Anderz Wrethov and Andreas Johansson, and it's performed with backing from gospel singers.

Speaking about the meaning behind the song, the performer has said: “What I want to say that it's really never too late for love. I dare to believe somewhere, in my naive heart, that everything can be solved with love.”

He loves his fans

Despite a quick rise to fame in Sweden and success in multiple fields, Lundvik seems to have kept his feet on the ground. In a viral Instagram post last January, he said he had been told it was “impossible” to reply to all the fan mail he would receive.

“[This was] a way of thinking that worried me, and also pushed me to personally post a signed card to everyone who asked for one,” he said.

FROM THE ARCHIVE: Six signs Sweden takes Eurovision too seriously