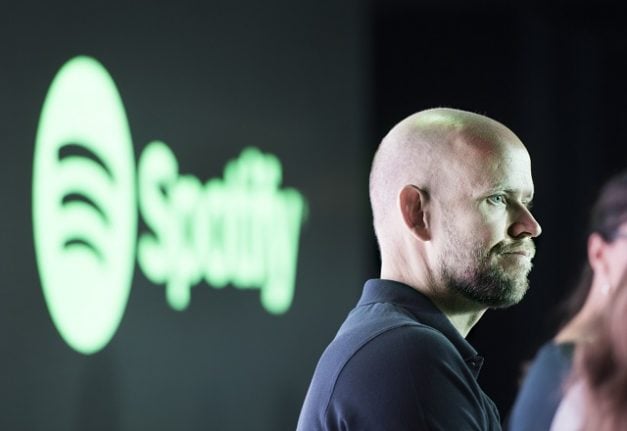 Analysts were quick to point out that there is no guarantee that the EU's executive arm will actually investigate the case, or even be quick about a decision whether to do so.

“In recent years, Apple has introduced rules to the App Store that purposely limit choice and stifle innovation at the expense of the user experience – essentially acting as both a player and referee to deliberately disadvantage other app developers,” Spotify founder and CEO Daniel Ek said in a statement.

Ek said Spotify had tried unsuccessfully to resolve the issues directly with Apple, and was now asking the Commission to “take action to ensure fair competition”.

Spotify, launched in Sweden just over a decade ago, claims 207 million users in the world, of whom 96 million are paying subscribers. Ek said Apple's platform was “the gateway to the internet” for over a billion people, and a competitor to services like Spotify.

“In theory, this is fine. But in Apple's case, they continue to give themselves an unfair advantage at every turn,” he said.

Apple requires Spotify and other digital services to pay a 30 percent tax on purchases made through Apple's systems, Ek said, which Spotify declined to do to avoid inflating the price of its premium membership to well above that of Apple Music.

“As an alternative, if we choose not to use Apple's payment system, forgoing the charge, Apple then applies a series of technical and experience-limiting restrictions on Spotify,” he said. “For example, they limit our communication with our customers – including our outreach beyond the app.”

Spotify wasn't looking for special treatment, but “we should all be subject to the same fair set of rules and restrictions – including Apple Music”, Ek said.

Spotify's general council, Horacio Gutierrez, said separately that Google, unlike Apple, did not require Spotify to use its own payments system but “we are allowed to offer users a choice of payment systems”.

The complaint was prompted by “an accumulation of increasing restrictions that we believe are extreme”, he said.

“This is not about Spotify picking a fight with Apple, but we feel like we had no other choice,” Gutierrez added.

Spotify has been unhappy with its treatment by Apple for years, and filed an informal complaint with the Commission three years ago, said Jacques Lafitte at the Avisa consultancy in Brussels.

The latest move, a formal complaint, requires the Commission to decide whether to investigate or to reject the complaint, but without any deadline for its decision, he said. Spotify would be allowed to challenge any rejection before the EU Court of Justice.

PROFILE: Who is Daniel Ek, Spotify's tenacious but reserved CEO?