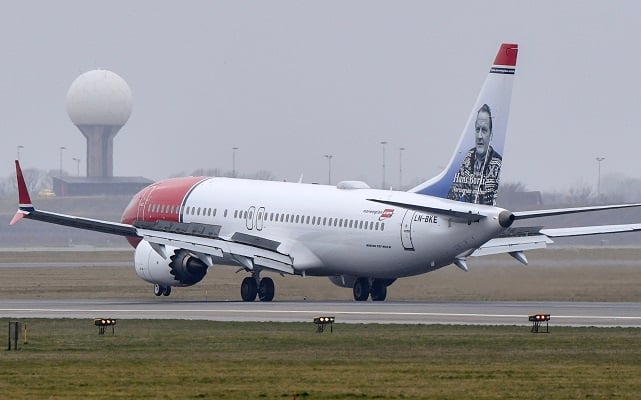 A Norwegian Boeing 737 Max8, the model of aircraft that has been grounded. File photo: Johan Nilsson / TT

The European Aviation Authority EASA said on Tuesday night that all flights using the Boeing 737 Max 8 model would be temporarily stopped after several countries and airlines announced earlier in the day that they would be grounding the model.

This caused cancelled departures and expected delays at Sweden's major airports on Wednesday.

In total, around 20 flights to and from Stockholm's Arlanda airport were affected, most of them operated by budget carrier Norwegian.

ESSENTIAL READING: What are my rights if my flight is cancelled or delayed?

“We are rebooking passengers and have more staff available at the customer centre,” said Norwegian spokesperson Tonje Næss. “The focus is on passengers, to get them to their destinations.”

He advised any affected passengers to get in touch with the airline either by phone, the chat function on its website, or social media.

It's unclear how long the disruption will last.

Flight safety analyst Hans Kjäll said it was likely that there would be an explanation for the cause of the crash on Sunday within a few days, but that it could take months before the investigation was concluded and any errors fixed.

“This means that these aircraft can be left on the ground for a long time,” he said. “The effect will be long-lasting.”

The Boeing 737 Max 8 has recently been involved in two fatal crashes: one in Ethiopia on Sunday, in which four Swedes were among the passengers, and one in Indonesia in October. In both cases, all those on board the plane died.

TRAVELLING TO FRANCE
EU to make face masks compulsory on all European flights for passengers aged 6 and over
Url copied to clipboard!