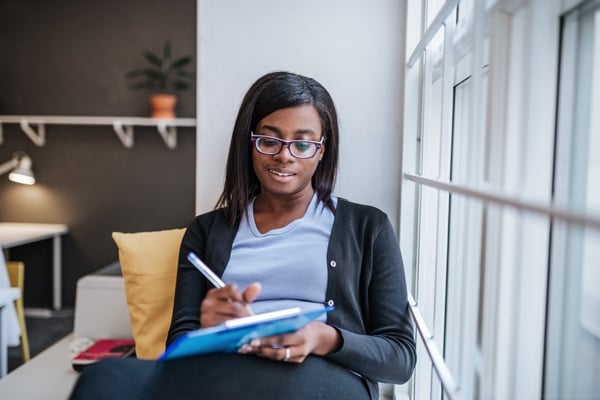 When the New Yorker first came to Sweden in August 2015, she had one clear objective: to earn a master's degree, before returning home to the US.

But a literal wrong turn on her lunch break had unexpected results for the American, rendering her an accidental entrepreneur in Malmö's startup community.

“I got involved in startups here absolutely by chance,” she explains. “I was on a lunch break from my internship at Lund University when I got lost wandering around the main student building. I ended up in a conference room where it turned out they were hosting an entrepreneurship event, so I just started talking to people and connected with Malmö Startups, the regional community initiative which gets people involved in new businesses.”

It was an unorthodox way of entering into the industry, but Swedish traditions still held hard: “After the event I met the team for a fika – of course. And at the end of that fika they asked me to volunteer for Startup Live, the biggest event of its kind in southern Sweden. It grew from there, and through those experiences I made the connections that took me deep into the startup world.”

Lindo's move to Lund back in 2015 was initially designed to sate an obsession with Scandinavia that she says she's had since she was a teenager living in New York.

“Back in high school I had a friend who spent a summer in Denmark. Her exchange partner then came to the US, so I got a bit of an insight into that part of the world. That's where my interest began. I knew I wanted to study a master's and knew I wanted to live abroad, so thought, 'why not combine the two?'”

Lindo signed up for media and communications studies at Lund University, being drawn to the academic standing of the institution. But privately, Lindo had another reason for choosing Lund: she liked how it looked.

She spent hours before she moved trawling Google Street View; admiring the town from afar. “I loved the look of the cobbled streets. That was before I moved here and wrecked all of my shoes on those very cobblestones!” she laughs. Yet, the reality of moving proved joyful and trying in equal measure. At the outset it was building a social circle that most challenged Lindo. “It took me about three months to make my first Swedish friend. Do you know how I got her? I literally begged her. She said ok, so it all worked out,” the 26-year old jokes.

The protocol around making lasting connections felt, at first, unclear. “I would go out to the nations [university bars and associations], because that's how everyone said you'd make friends. I'd meet people, we'd become Facebook friends – which in America, means you're on the way to getting closer. And then I'd see them a week later and they'd walk straight past me. I was like, 'Oh God, I don't know how to be social here!'”

Ironically, it was through embracing her 'American-ness' that Lindo found she started to fit into Swedish life. “Everyone here expects you to be sociable if you're from the U.S. That turned out to be my biggest advantage here. It was even better that I was from New York, because lots of people want to spend time there… I used that as social currency for a while!”

And this approach has worked; Lindo has made a life for herself in Sweden. She now works as marketing manager for marketing technology company Brandox, where she is the only non-Swede in the company. “Most of our meetings are held in Swedish. I'm still learning but can understand the majority of what people say.”

Working in the country that has seen such success stories as Spotify and Candy Crush developer King, Lindo has been impressed by the generosity of startups in Sweden; something she sees as far removed from the community's competitive spirit in New York.

“In Malmö particularly, it's so collaborative. I have friends who work in the startup space in New York where it's cut-throat. Here, it feels like a supportive network. At one of my favourite co-working spaces, The Ground, there's an accepted understanding that whoever needs help will get it. It's fantastic – you'll see people discussing how they're going to implement the latest developments in tech in their business, without being protective over their ideas. That's something I love about here.”

“I even met my housemate in the startup community here – that's how much of a network it is.”

The startup worker acknowledges that there are issues with working in Sweden – most of all, the sense of lagom, which she describes as “self-limiting.”

“The long-term focus here is restricted. Companies want to be a market leader in Sweden – and that's it. Even though they've proven that they're capable of leading, the emphasis is on modesty. I really wish they'd ditch that.”

For Lindo, this self-effacing attitude undersells Sweden's position. “Sweden is at the forefront of so many sectors, with real global technological revolutions coming out of Sweden. Even if you think about things we use every day – like Bluetooth, that was invented at Lund University!” And there are more innovations on the horizon. When asked about other Swedish startups that are capturing her imagination, the New Yorker is enthusiastic. As well as her own company, which is “starting a mar-tech [marketing technology] revolution”, providing software for marketers to store and share things like logos and icons – she's got lots of others on her 'ones to watch' list.

“There's an absolute ton – I love Mapillary: it's like Google Maps on steroids. They crowd source photos of streets and use AI to pull info from those photos to give you a better overview of the streets – things like road signs, buildings.”

“There's also Flow Neuroscience, which is developing a headset to help treat depression.”

“And Castle – it's a cybersecurity company, which started in Malmö but is now based in San Francisco… we still consider them Swedish. They just raised nine million dollars in investments and they're really going places.”

READ ALSO: Five Swedish startups that are changing Sweden (and the world)

For the times when she feels less enthused by the trials of the expat life, Lindo has found one approach works above all others: “Be patient! There are moments where it is frustrating. Unfortunately, Swedish bureaucracy is made for Swedes; it took me almost two months to get a bank account. But someone gave me a tip off about the specific bank to go to and the right paperwork to take, and it all got sorted. Just be prepared for the fact that it might take a while for you to feel fully settled in – and forgive yourself when you do feel homesick.”

In her downtime from working in the startup sphere, Lindo has found an appropriately Scandinavian side-line: she's a Eurovision journalist for ESC Daily, writing about everything from Sweden's selection show, Melodifestivalen, to the results.

“I'm the editor for Sweden and occasionally Denmark, which means I sometimes get to meet the contestants. In 2017 I ended up partying in Herning with that year's Danish winner, Anja Nissen. Lots of people see Eurovision as this borderline embarrassing show, but it's so much fun. I guess it's my guilty secret.”

LOOKING FOR A JOB IN SWEDEN? Check out The Local Jobs for thousands of English-language vacancies