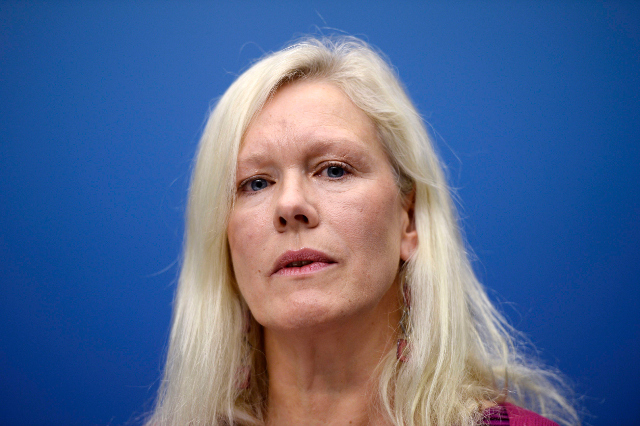 Sweden recalled Anna Lindstedt after Angela Gui accused the diplomat of having invited her to a “very strange” meeting with Chinese businessmen who claimed they could assist Gui's father. Sweden's foreign ministry said it had not been informed of the meeting in advance.

The ambassador has now been appointed a lawyer and is suspected of “crime against the security of the realm”, according to several Swedish media referring to court documents.

“My client has no other comment at the moment than that she denies any crime and welcomes an investigation,” Lindstedt's lawyer Conny Cedermark told Dagens Nyheter.

Prosecutor Hans Ihrman, who is already in charge of an ongoing investigation of “arbitrary conduct when negotiating with a foreign power” understood to be linked to Lindstedt's meeting, told news agency TT no one was in custody in connection with the allegations.

“I don't want to say more right now, but things will become clearer further ahead,” he said. The investigation was sparked after Angela Gui wrote about the meeting in a blog post on the site Medium last month. Gui said she travelled to Stockholm in January at Lindstedt's invitation, for a meeting with businessmen the ambassador said could assist Gui's father.

She wrote that the meetings mostly took place in a hotel lounge only accessible by a key card, and when Gui wanted to meet a friend she was told to invite the friend to the lounge as well. Gui, who has spent the years since her father's imprisonment campaigning for his release, said the businessmen made vague promises to help her father and even offered her a job in China and help arranging a visa.

Lindstedt has not spoken about the allegations other than denying having committed a crime. After leaving the meeting, Gui said she was told by foreign ministry officials that they had not been informed of the meeting and didn't know Lindstedt was in the country.

He was released in October 2017, though his daughter has said he was living under surveillance in a police-managed apartment at this point, and he was arrested again in January 2018.