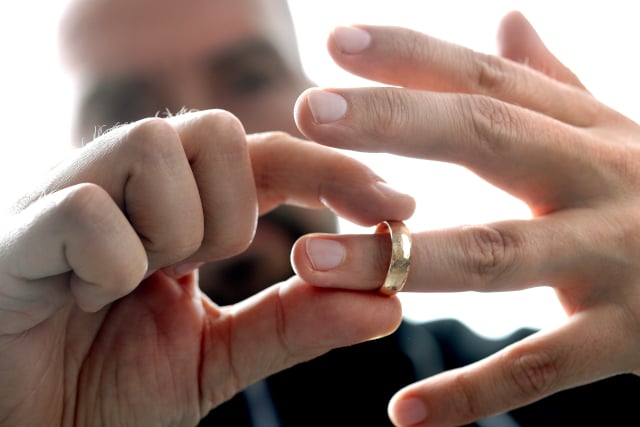 A total of 50,800 people married in Sweden last year, or in other words five marriages per 1,000 residents, according to new figures by national number crunchers Statistics Sweden.

That is a decrease from ten years previously, when there were 6.1 marriages per 1,000 residents.

Some 25,000 marriages – or around one in two – also ended due to divorce last year. The figure has remained mostly unchanged in the past two decades, and their marriages lasted on average 11.3 years.

The municipality of Ockelbo in Gävleborg county, whose biggest claim to fame is being the town where Sweden's Crown Princess Victoria's husband Prince Daniel grew up, topped the list with 3.7 divorces per 1,000 residents, folllowed by Stockholm suburbs Gnesta and Sundbyberg (with 3.6 each).

Nordmaling in Västerbotten county in northern Sweden, on the other hand, had the lowest divorce rate in 2018, with only 0.8 divorces per 1,000 residents.

Solna north of Stockholm boasted the highest rate of newly-weds, with seven new marriages per 1,000 residents last year, followed by Sundbyberg (6.7), Arjeplog and Eda (6.4 each).