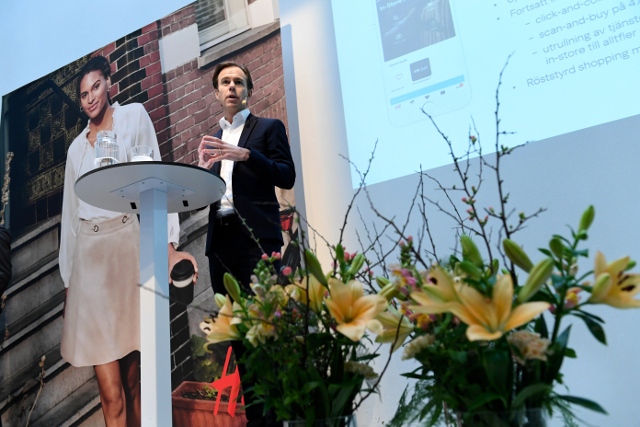 Faced with eroding sales, the high street chain Hennes and Mauritz has pushed to catch up to competition from online retailers and is starting to reap the benefits of its efforts, it said.

“Sales developed well both in stores and online in many markets, including Sweden which grew by 11 percent, the UK by eight percent, Poland by 15 percent, China by 16 percent and India by 42 percent in local currencies.”

The company's net profit fell 41 percent to 803 million kronor ($86 million) in its December-February first quarter, a better result than had been predicted.

The results were all the more encouraging when compared to the same period in 2018, when there was a one-off tax gain of 399 million kronor.

After they were released, H&M shares surged by 14 percent to 160.9 kronor on the Stockholm exchange in early trading on Friday.

SWEDISH CAREER GUIDE: How to get a job in fashion

Analysts say H&M, which built a major presence on high streets around the world, has struggled to get its online strategy in place and so has lagged behind its peers.

In recent years H&M has also had to deal with a build-up in stock levels, forcing it into price-cutting which hit profitability.

On Friday the company said markdowns decreased by 1.5 percentage points compared to the same period in 2018.