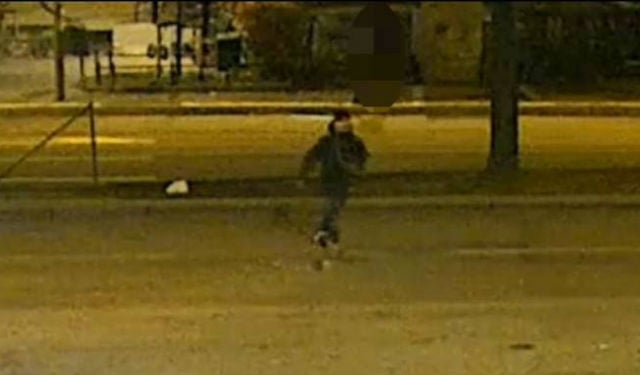 The man filmed running across the Bergsgatan street. Photo: Police

The woman reported to police in November last year that the man, whom she had never before met, had approached her shortly after 2am at the Möllevången square in southern Sweden's largest city.

He followed her and kept touching her even though she tried to reject his advances, then raped her.

On Monday, Malmö District Court found a 37-year-old Tunisian man guilty of rape and sentenced him to two and a half years in jail, after which he is to be deported with a ten-year ban on returning to Sweden.

The man was identified with the help of witness statements after police released security camera footage which showed him approaching the woman, and later running from the scene.

But before he could be caught, he fled to Finland where he sought asylum. He was however arrested under a Nordic arrest warrant, and returned to Sweden on January 10th.

Police investigating the morning after the rape. Photo: Johan Nilsson/TT

The man admitted to the court that he had been involved in sexual acts with the woman, but said that she had participated voluntarily. However, the district court found it had been proven that the woman was raped against her will and that the man had realized this, according to the judgment seen by The Local.

Malmö last year saw the lowest number of crimes reported in the city for the past 17 years, with the exception of rape. A total of 234 rapes were reported to the police in the municipality in 2018 according to figures by Sweden's National Council for Crime Prevention, an increase from 207 incidents the year before.

A spate of four reports of outdoor gang rapes in late 2017 in particular grabbed international headlines last year, but two of those cases turned out to be false alarms with one woman fined for lying about the incident.