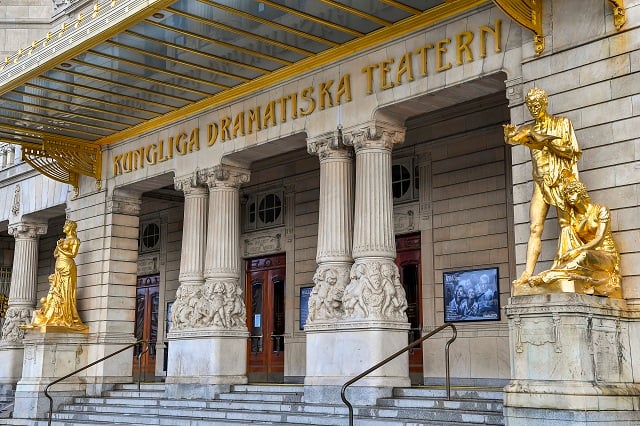 The theatre is one of Sweden's most iconic buildings and institutions. File photo: Jonas Ekströmer / TT

Repercussions from the harassment revealed by the movement have ripped apart Swedish cultural institutions and careers. Eirik Stubø was fired from the job he had held since 2015 for failing to address the theatre's problems.

“The board believes the Royal Dramatic Theatre needs a new start in areas concerning the work environment. And we think that is best done with a new chief executive,” board chairwoman Ulrika Arehed Kagstrom said in a statement.

The announcement followed weeks of criticism after Swedish Television (SVT) aired a documentary about Swedish singer and actress Josefin Nilsson, who died in 2016 at the age of 46.

The documentary detailed how Nilsson suffered harassment and physical abuse in her relationship with one of Sweden's best known actors at the theatre, though it did not identify him by name. A Stockholm appeals court convicted the actor of assault in 1999 and handed him a suspended sentence.

After the documentary aired, some public figures and fellow actors expressed outrage that he had continued to be cast in leading roles after his conviction. Following the reactions, the theatre cancelled the play the actor was starring in, but the criticism continued.

Several actresses claimed in the media that a culture of harassment and abuse had existed at the theatre for years, and that management had turned a blind eye to their repeated complaints.

The #MeToo movement has already had a major impact in Sweden, where dozens of so-called 'initiatives' (upprop) were published, outlining the levels of harassment in many different industries and calling for structural change.

The Swedish Academy, which awards the Nobel Literature Prize, was rocked by scandal in 2018 after Frenchman Jean-Claude Arnault, an influential figure on Stockholm's cultural scene and married to an Academy member, was accused and later convicted of raping a young woman.

The 18-member Academy was split on how to handle its ties to Arnault. Ugly public disputes ensued, several members quit, and the body was in such disarray it ended up postponing the 2018 Nobel Literature Prize for the first time in 70 years.

Although the organizers of Sweden's #MeToo initiatives had a no-naming policy, several women publicly named their alleged harassers. Questions were also raised about media accountability after several newspapers published unconfirmed reports, particularly after one man took his own life following such reports. He was later cleared of sexual harassment.