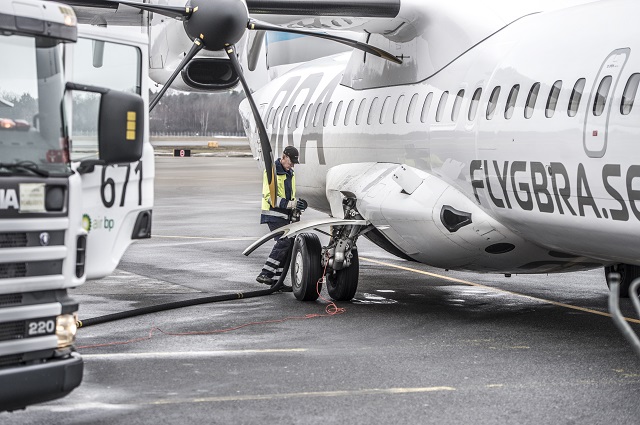 Scandinavian airline SAS, the company Swedavia which operates airports across Sweden, and the research institute Rise on Monday announced the scheme Fossil Free Flight 2045, under which domestic flights should be fossil-free by 2030 and international flights by 2045.

A large part of this work will include researching and producing biofuel, which is currently in short supply.

“Today's aircraft can fly on biofuel. The problem is that it is not possible to buy enough of it, so we want to create opportunities and incentives for large-scale production,” said SAS CEO Rickard Gustafson, according to Dagens Industri.

Already, SAS and other airlines 'climate compensate', meaning they pay for equivalent emissions to be reduced elsewhere, for example by planting trees or investing in renewable energy.

SAS currently climate compensates all Youth tickets and those booked by passengers with a EuroBonus loyalty number, which amounts to 40 percent of all SAS flights.

Meanwhile, other passengers can opt in to have their flight climate compensated by a third party, but only a small proportion choose to do this.

“When we launched this we thought there would be a great interest, but it's turned out that very few choose to climate compensate themselves, which led us to bake it in to the ticket price,” explained SAS sustainability head Lars Andersen Resare.

SAS has set itself the target of reducing carbon dioxide emissions by 25 percent by 2030, compared to 2005. This is set to be achieved through more efficient flying, reduced loads and an entirely new fleet of planes by 2023.

The domestic airline Bra reported that since April 1st, it had been climate compensating its emissions by around 110 percent.

“First we try to reduce our emissions as much as we can by having good, modern planes, flying as efficiently as possible, and getting access to biofuel,” said Anna Soltorp, Bra's head of sustainability.

The Swedish Society for Nature Conservation (SSNC) said it welcomed the airlines' initiative but also said that people in Sweden needed to fly less in order to reach climate goals.

“Climate compensation doesn't solve the problem, but rather we need to fly less,” said SSNC's David Kihlberg. “Investment in biofiel is not a clear solution to the problem of flight emissions either. In the long term, it's climate neutral because a new forest grows and replaces the old one, but in the short term there's actually no difference because even biofuel releases carbon dioxide.”