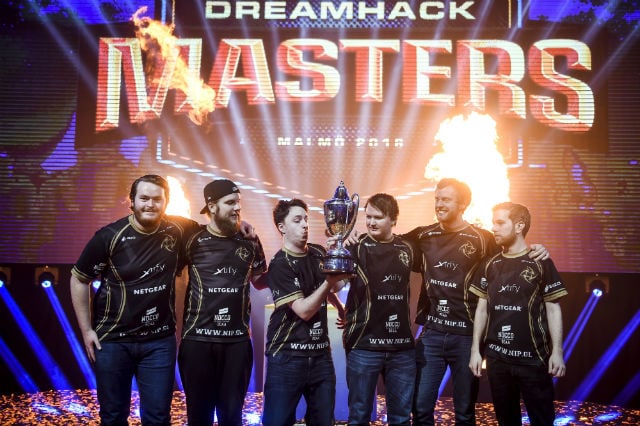 Ninjas in Pyjamas, the winning team in the inaugural Dreamhack Masters competition. Photo: Björn Lindgren/TT
The announcement brings the popular computer game contest back to the city where it began in 2016.

“Malmö was the first city to ever host DreamHack Masters and so it holds a special place in all of our hearts,” Michael Van Driel, chief product officer at DreamHack, said in a press release.

The contest will be held in Malmö Arena, the venue that hosted the Eurovision Song Contest in 2013, from October 4th to October 6th as part of Malmö Game Week. Ninjas in Pyjamas play Counter-Strike for a huge crowd in 2013. Photo: Björn Lindgren/TT
Sweden is one of the world's leading countries in the fast-emerging world of eSports, with the Landskrona-based Ninjas in Pyjamas winning the contest for Counter-Strike: Global Offensive in the inaugural tournament in 2016.
The part-Swedish team Fnatic is the fifth highest earning eSports team in the world, according to the eSportsEarnings website, taking home a total of $12.7 million over 833 tournaments.
It sits just behind Denmark's Astralis as the top-earning team in the popular game Counter Strike: Global Offensive.
READ ALSO:
Malmö, with its thriving game development scene, is aiming to be a leading city in eSports, and also hosted Dreamhack Masters in 2017. The contest then moved to Stockholm and Marseilles in 2018.
“DreamHack is an extremely important part of our goal to make Malmö, and the whole region, a part of the international eSports scene,” Linn Möller-Laketic, project manager at Event in Skåne, said in the press release.