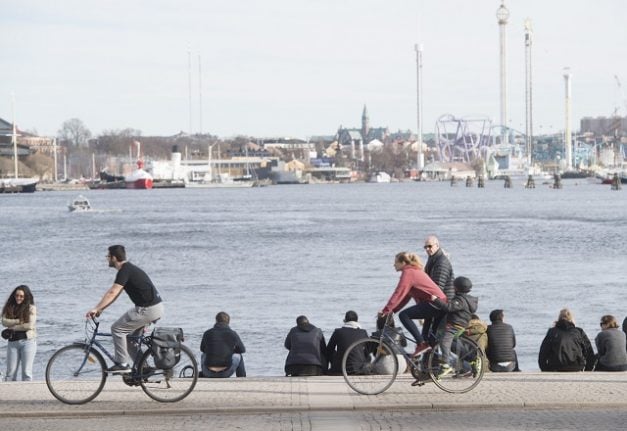 It's not quite time to put away your warmer clothes. Photo: Fredrik Sandberg / TT

That means it's not quite time to put away your warm coats just yet, and in Norrland, snow has been forecast for this week's bank holiday.

After a run of sunny days with around 20C temperatures in many locations in Götaland and Svealand, the average temperature for the coming weekend is expected to drop to around 10C.

April has been a largely warm and dry month, but May is set to have what is known in Sweden as aprilväder or 'April weather': significant temperature variation with a mix of sunshine and rain. Starting on Monday evening, when Walpurgis is celebrated in Sweden, rainfall in expected to begin in southern Norrland before moving southwards.

“On Monday night, and also during Tuesday daytime, [precipitation] may affect large parts of Svealand and Götaland and may reach Skåne during the late afternoon,” said SMHI meteorologist Max Lindberg Stolz.

He said it would be a case of showers rather than heavy rain, resulting in up to ten millimetres of rainfall over a six-hour period.

While the rain is falling in southern Sweden, snow is expected over the more northerly parts of the country.

“First in the northern Lapland mountains but later across parts of Norrbotten too,” said Lindberg Stolz. “In the mountains, it will be genuine snow but inland I guess that it will be wetter snow or snow mixed with rain that falls on Wednesday.”