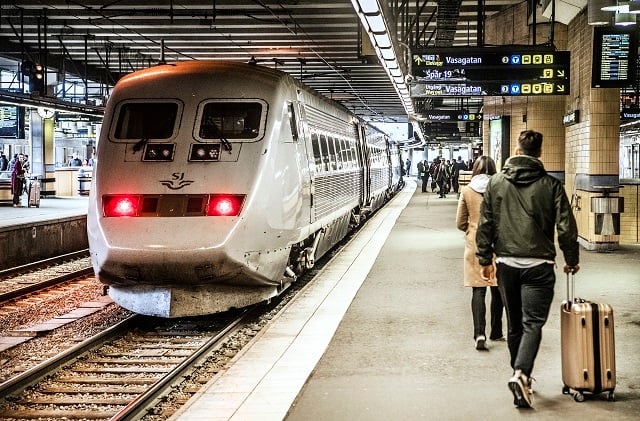 Most of SAS' domestic flights have been cancelled as pilots strike over their wages and working conditions, and SJ responded by offering 18 extra departures on its most popular long-distance routes over the weekend, as well as increasing capacity on its trains.

“That means we're linking together two trains, so they are twice as long,” explained SJ press officer Stephan Ray. “It's between Stockholm–Gothenburg and Stockholm–Malmö.”

Initially the longer trains were in place only over the weekend, with over 5,000 extra seats added, but Ray said the company planned to continue if the strike did not stop soon.

SJ has also pledged to refund all train tickets which were bought to travel to airports and could no longer be used due to the strike.

The strike began on Friday, and there were cancellations announced for Monday and Tuesday ahead of a Swedish bank holiday on Wednesday. Negotiations between the employer and the union, which is responsible for negotiating collective bargaining agreements covering employees' working conditions, have reportedly not yet been re-opened.