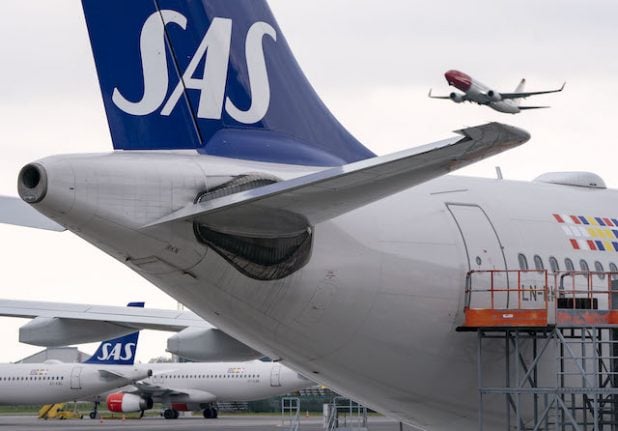 Almost all of the airline's pilots in Denmark, Sweden and Norway walked out between April 26th and May 2nd after unsuccessful negotiations over salaries and working conditions.

Around 4,000 flights were cancelled during the seven days of the strike, affecting over 380,000 passengers.

This led to a decrease of capacity of 14.9 percent for April, according to a SAS statement on Wednesday.

IN NUMBERS: The impact of the seven-day SAS strike

In total, about 2,156,000 passengers traveled with SAS during the entire month, a decrease of 14.5 percent from April the previous year. But on the routes that did operate in April, the load factor, or the “fullness” of the flight, increased by 1.8 percent to 74.8 percent.

Meanwhile, rival airline Norwegian reported a passenger growth of three percent compared to the same month last year, up from 3,049,249 to 3,137,608 passengers, although it was unclear how much of this increase was a direct result of the strike.

Had the strike not taken place, there was some indication that SAS would have had a successful month.

“Before the strike broke out, traffic numbers for April showed a good development compared with the previous year”, the company said.

SAS CEO Rickard Gustafson said that the airline would now be focusing on ways of regaining trust and tempting back dissatisfied passengers.

“Now that the strike is over, we will do our utmost to restore the trust of our customers,” commented Gustafson.

ANALYSIS: What impact will the SAS strike have on the airline's future (and ticket prices)?