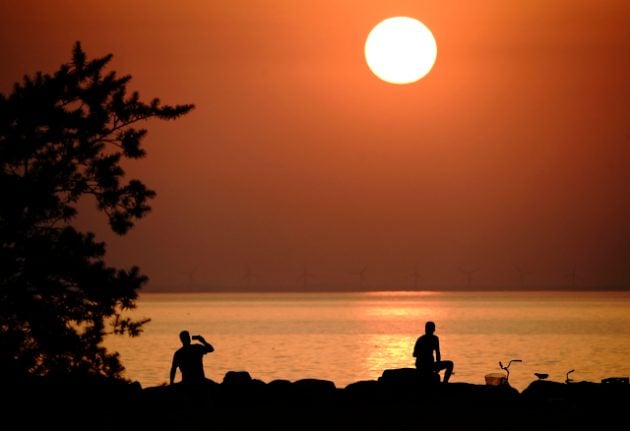 A new weather forecast by meteorologists working for Sweden's public broadcaster SVT suggests that it is going to be another warm summer in Sweden – although possibly not as dry as last year.

Temperatures are set to rise in late May or early June, according to meteorologist Nitzan Cohen.

“It looks like we're going to get a summer at the warmer end of the spectrum,” he told SVT, but added that mid-June, including Swedish holiday Midsummer Eve, will see some rain showers.

The warmer periods may bring back memories of last year's record-breaking dry and hot summer, which saw Swedes battling drought and an unprecedented spate of wildfires across the country.

“Some places, perhaps mainly eastern parts of the country, risk being hit by drought which increases the risk of forest fires,” Cohen told SVT, predicting that the warmest period could be from mid-July and August, but that it could still change. “It could of course be exactly the opposite.”

Unlike last year's dry summer, there is a greater chance of thunder and rain showers this year, added the meteorologist.