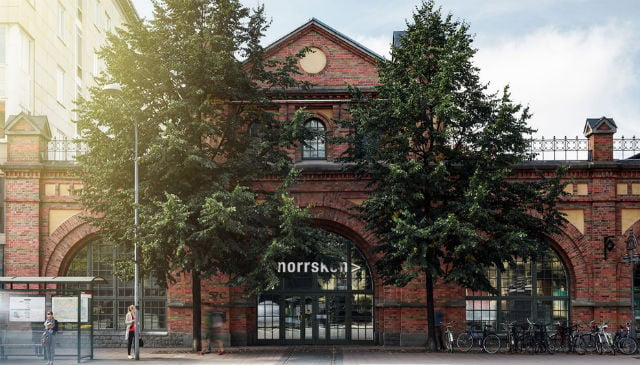 Founded in Stockholm in 2016 and described as 'an office space for entrepreneurs with a vision to make the world a better place', Norrsken House is a creative cluster for more than 300 entrepreneurs, tackling society's biggest challenges, from sustainability to social integration or health among many others.

“Norrsken House is an ecosystem that gives impact entrepreneurs the same access to powerful support and funding as regular tech entrepreneurs as well as making social entrepreneurs the rockstars of tomorrow by providing them with the best workspace in the world,” Malm Wiklund tells SI News. “Niklas Adalberth realised after working more than ten years with Klarna that he wanted to do something that would benefit the world in a more direct way,” says Malm Wiklund.

“Initially, Niklas started Norrsken Foundation in 2016 with one idea that later on became the initiative Klarity, an anti-corruption platform,” he continues.

But a fortunate turn of events widened the scope of the original project. When looking for an office space for the 20 Klarity team members, the real-estate agents suggested a large old tram depot of 2400m2, Spårvagnshallarna, located in the centre of the capital.

“However, Spårvagnshallarna was much bigger than initially planned. That's when the idea for an entire house dedicated to impact entrepreneurs emerged,” explains Malm Wiklund.

Malm Wiklund believes that Sweden, which is a role model for many countries in the social innovation field, is the perfect place for such an initiative to flourish.

“Sweden is in a very good position when it comes to humanitarian and social work,” he tells SI News adding that “Sweden ranked second on the 2015 European Foreign Policy Scorecard. Sweden grants the highest number of residence permits to asylum seekers in the EU.”

“We are a small and agile nation that has had a long history in entrepreneurship and innovation as well as doing social good. Sweden is in many ways seen as a cultural role model when it comes to things like gender diversity, public safety, human rights, climate and healthcare among many other things.”

Indeed, Sweden with its leading position in the field has a unique role to play in the growth of social impact and entrepreneurship for a better future.

“Sweden can leverage this fact, and our entrepreneurial spirit in order to accelerate the growth of social entrepreneurship by investing time, money and resources into highlighting social ventures and by focusing on the solutions rather than the problems,” he concludes.