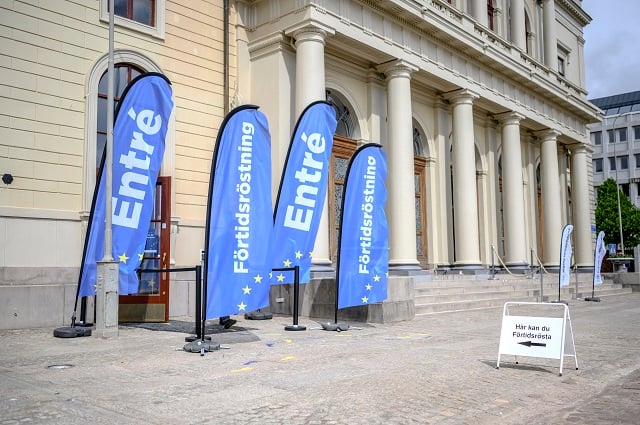 The Centre Party has spent the most on campaigning ahead of the EU vote, with its spending of just over 25 million kronor significantly higher than that of any other Swedish party, according to a survey by Dagens Nyheter.

The centre-left Social Democrats came in second, with 20 million kronor earmarked for campaigning, while the conservative Moderate party had put aside 11 million and the far-right Sweden Democrats approximately 10 million.

And the Feminist Initiative were the smallest spenders, with just 2.6 million kronor set aside for the EU election campaign.

There were also differences when it came to what exactly the parties were spending their money on. The Centre Party prioritized posters and adverts on social media, according to Dagens Nyheter, while the Social Democrats for example had a focus on TV adverts and door-knocking, with the aim of talking to half a million Swedish voters in person.

Although the official polling day for the EU election in Sweden is May 26th, it's already possible to participate in early voting at selected polling stations across the country.

Early voting started on May 8th, with Prime Minister and Social Democrat leader Stefan Löfven among the first to cast his ballot.

BREXIT NEWS: Keep up to date on how Brexit will affect British citizens in Sweden here