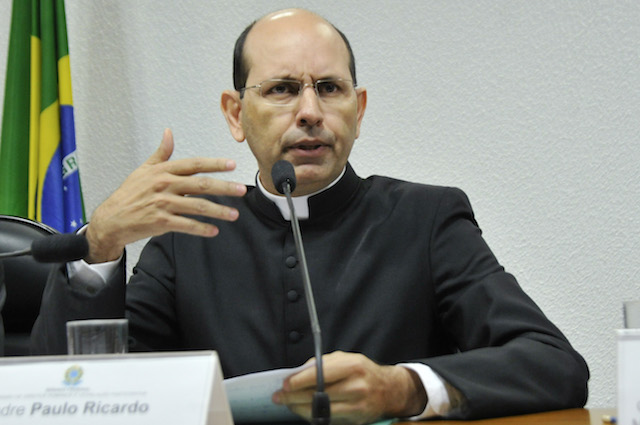 In January of this year a celebrity priest in Brazil called Paulo Ricardo de Azevedo made an extraordinary claim about Sweden. As a friend and supporter of Brazil’s far right president, Jair Bolsonaro, the padre is a staunch advocate of old school conservative family values, where boys are expected to be boys and girls wear pink.

During an appearance on a talk show on the Cançao Nova TV channel, he warned that a dreadful alternative was to be seen in Sweden. In Sweden, he said, boys and girls are forced to wear gender-neutral orange uniforms to school. Parents who do not comply with this rule are exiled to an island in the north Atlantic.

It’s not true, of course; Sweden doesn’t even possess an island in the north Atlantic. But the claim is just one in a long line of falsehoods about the country, stretching back to 1960 when President Eisenhower claimed that since the introduction of socialism the “rate of suicide has gone up almost unbelievably”. That wasn’t true either, but a high suicide rate is a myth about Sweden that persists to this day.

In recent years, an alternative narrative about Sweden has the country teetering on the brink of collapse. Stories about Sweden banning Christmas lights so as not to offend Muslim immigrants spread through the alt-right corners of social media, while politicians such as the UK’s Nigel Farage use their extensive mainstream media platforms to paint cities as different as Malmö and Oskarshamn as hotbeds of immigrant-led violence and sexual abuse.

However peculiar it may seem, many Swedes and foreigners living here are becoming used to questions about whether it is safe these days in Sweden. But has the negative media onslaught succeeded in damaging the country’s reputation?

According to the annual RepTrak ranking of the world’s most reputable countries released this month by the Reputation Institute, the answer is no. Indeed, Sweden’s reputation – this year at least – is second to none.

The RepTrak study cites Sweden’s safety, beauty and appealing lifestyle as key drivers for its positive reputation and says that it is seen as the world’s “most ethical and progressive country”, with high transparency and low corruption.

”Sweden’s generous social benefits and liberal vacation policies have placed it on the top of the reputation lists over the past 7 years,” write the authors.

Noting the arrival of 163,000 immigrations during the height of Europe’s migrant crisis, the study points out that “Sweden has been very active in the #MeToo movement and is moving to pass a law to make intimate relations without consent illegal”.

This research backs up a study published earlier this year by the Swedish Institute, which found that the image of the country abroad is not only still very positive but also increasingly multi-faceted – and therefore increasingly resilient.

This is good news for Sweden – but as far as the apparent smearing of the country’s reputation is concerned, it’s not the point. Because, paradoxical though it may seem, the negative narrative about Sweden is not at its core about Sweden. It is about the clash of values that is going on all over the world.

From Trump to Brexit, Bolsonaro in Brazil to Orbán in Hungary, in Italy, in Germany and here in Sweden, we see powerful forces moving against progressivism.

And as Sweden’s reputation ranking made clear, this is a country that is defined, more than any other in the world, by its progressive values. That is not the same as saying all Swedes share those values, but the fact is that Sweden has become the flag-bearer for progressives all over the world.

Those who are opposed to progressive values such as feminism, tolerance, secularism and openness understand this. But they also understand that if they are to win ground in their own domestic battle of values then they must take down the flag-bearer. They must destroy the notion – for which Sweden is the evidence – that progressive values are a key element of a successful society. If that means amplifying negative events beyond their real significance, so be it. If it means faking stories altogether, so be it.

That makes Sweden's reputation a powerful weapon in this global clash of values. But which side will use it most effectively?

Paul Rapacioli is the founder of The Local and the author of Good Sweden, Bad Sweden: The Use and Abuse of Swedish Values in a Post-Truth World.