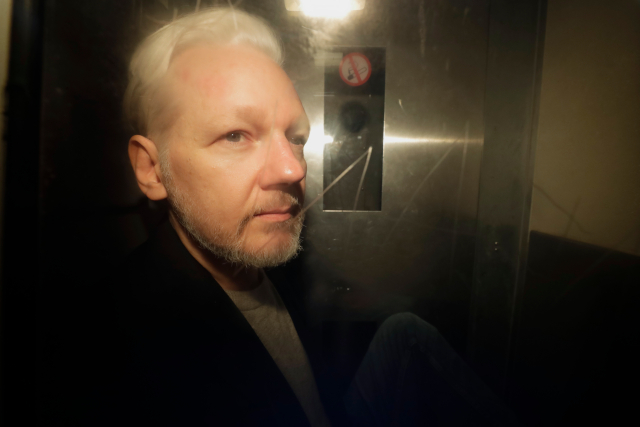 The request, filed by Sweden's deputy director of public prosecutions Eva-Marie Persson at Uppsala District Court on Monday, alleges that Assange had sex with the woman in her home in August 2010 by “exploiting that she, due to being asleep, was in a state of helplessness”.

It goes on to state that it is an “an aggravating circumstance” that he allegedly did not use protection despite being aware that “a condom was the plaintiff's express will and prerequisite for sexual intercourse”.

Assange denies the allegations of rape.

It is now up to the district court to set the date for a detention hearing.

“If the district court decides to detain him, I will then proceed by issuing a European arrest warrant which requests that he is to be extradited to Sweden,” said Persson in a statement on Monday.

The decision comes a week after Persson announced she was reopening the investigation, and almost two years to the day after Sweden's director of public prosecutions, Marianne Ny, said she was unable to continue the probe after Assange took up residence in the Ecuadorian embassy in London in 2012.

But after the WikiLeaks founder was evicted from the embassy last month and sentenced to 50 weeks in jail for breaching bail, Persson last week said it was now possible “to take the case forward”.

Assange is currently being held in Belmarsh high-security prison in London.

The US has also filed an extradition request for Assange, in relation to WikiLeaks' release of a number of military and diplomatic documents. He is accused of conspiring with former intelligence analyst Chelsea Manning to hack classified databases, a charge which could result in a sentence of up to five years in prison.

Persson reiterated on Monday that in the event of a conflict between Sweden's European arrest warrant and the US' extradition request, it was up to UK authorities to decide on the order of priority.

Sweden has until mid-August 2020, when the statute of limitation expires, to press charges.

Persson has previously said her decision to reopen the investigation should not be seen as an indication on whether or not she intends to prosecute Assange, which she said would be a question for a later date.

The next step for prosecutors will be to try to organize a new interview with him.

WikiLeaks' editor Kristinn Hrafnsson said last week that the investigation would give Assange “a change to clear his name”, adding that there had been “political pressure” on Sweden to reopen the case.

“Recall that it was initially dropped in 2010 when a prosecutor concluded that 'no crime at all' had occurred,” he added.

The Swedish accusation dates from August 2010 when two women accused Assange of rape and other sexual offences following a WikiLeaks conference in Stockholm.

The only remaining formal allegation relates to rape, after investigations into molestation and unlawful coercion were dropped in 2015 because the statute of limitations had passed.

Assange has always denied the accusations, which he feared would lead to him being extradited to the US and facing trial over the leak of hundreds of thousands of secret documents in 2010, which brought WikiLeaks to prominence.