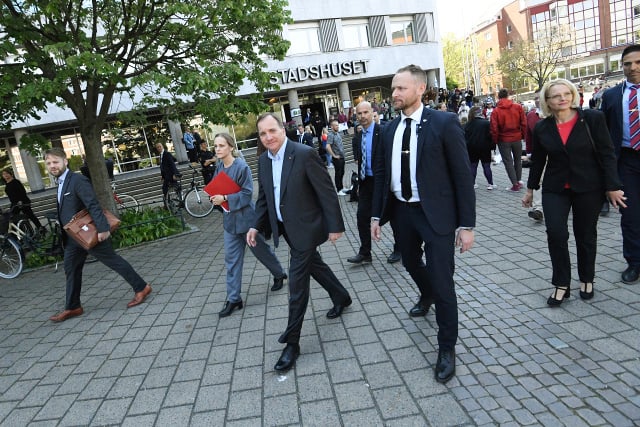 The gathering of heads of state and government will be held in Malmö, southern Sweden, on October 27th and 28th, 2020 – 20 years after the Declaration of the Stockholm International Forum on the Holocaust and 75 years after the liberation of the Auschwitz concentration camp.

“You find anti-Semitism in Sweden, in Europe and all over the world. Anti-Semitism isn't only a Jewish problem, it is a poison for all of society,” Stefan Löfven told AFP in an interview.

He had previously expressed his willingness to host a major conference on anti-Semitism.

But the official announcement, at the end of the campaign for the European elections, also served as a reminder that they are “all the more important as the election is a referendum on populist forces”.

“It's a choice of values, for equal rights, it's about standing up for your beliefs,” he added.

While relations with Israel have been strained since the Nordic state's recognition of a Palestinian state by Löfven's first government in 2014, the Social Democratic leader has taken a stance against anti-Semitism.

After the 2015 attacks in Paris and Copenhagen, the Simon Wiesenthal Centre called for a European conference against anti-Semitism.

Malmö had offered to host the conference, recalling the city had welcomed Danish Jews fleeing from Nazi-occupied Denmark during World War Two, as well as hundreds of concentration camp survivors.

It is also home to several hundred thousand Muslims, including a large community in Malmö.

Sweden has taken in 400,000 migrants since 2014, more than any other European country per capita, mostly from Syria, Iraq, Afghanistan and Eritrea.

According to the latest figures from Sweden's National Council for Crime Prevention in 2016, only three percent of crimes reported as of a religious, ethnic, political or sexual nature were anti-Semitic.

But Jewish community groups say they have experienced an increase in hostile acts and words because of their faith. Several attacks in recent years have targeted Jewish-owned businesses or cultural and religious sites, particularly in Malmö.

The neo-Nazi movement, although marginal with 100 or so activists according to the anti-racist foundation Expo, has become more prominent, taking advantage of laws protecting freedom of expression and the right to demonstrate.