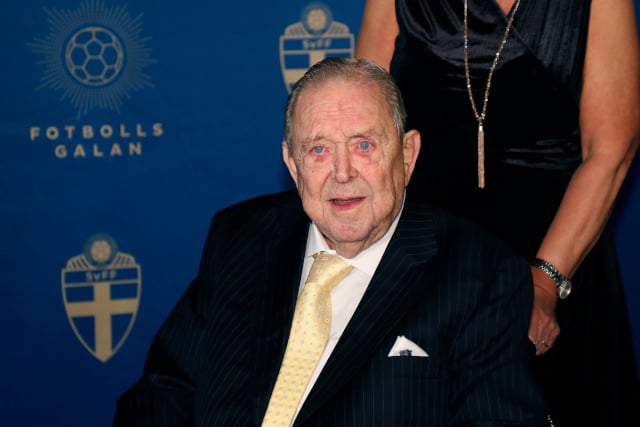 “Swedish football is in mourning. Lennart Johansson is dead. He passed away on the evening of June 4th aged 89 after a short illness,” the federation said.

Johansson was president of European football body Uefa from 1990 to 2007. “It is with great sadness that I received the news that Lennart Johansson has passed away. Many others and I have lost a very good football friend and miss him greatly. Our thoughts go to Lennart's family and loved ones,” said Karl-Erik Nilsson, president of the Swedish football federation.

“Lennart Johansson is our greatest international football leader of all time, no Swede has had a similar impact on world football. His work as Uefa president and vice president of Fifa is deeply respected, his leadership has sparked admiration around the world.” Johansson's long reign at the head of Uefa coincided with a transformation in the finances of football as the game became big business and saw a huge increase in TV revenue.

In 1998, he was defeated by Sepp Blatter in his bid to become head of football's global federation Fifa.

Johansson was an outspoken critic of Blatter, who was forced out of office in 2015 following accusations of corruption in the awarding of the 2018 World Cup finals to Russia and the 2022 edition to Qatar.