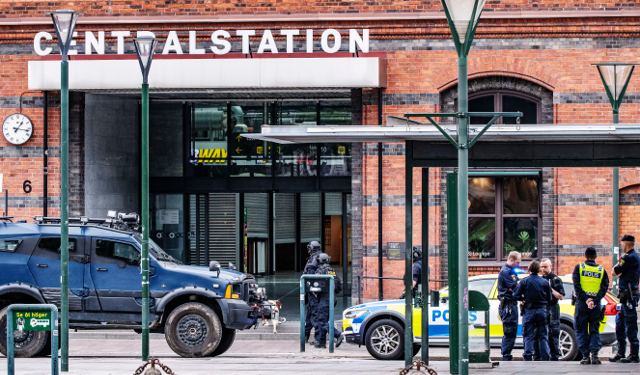 Police lifted the cordons around Malmö central station at around 3pm.

Trains are again running, but cancelled departures and knock-on delays are to be expected, wrote regional public transport operator Skånetrafiken on its website.

No buses or trains were running via Malmö central station earlier in the day after police shot a man inside the busy travel hub shortly after 10am, after he claimed to be carrying explosives and weapons.

A bomb squad detonated the bags just before noon. At 4pm it was still unclear whether or not they did in fact contain any dangerous material, but police said they did not think that was the case.

The man was taken to hospital with gunshot wounds to his legs. No one else was injured in the incident.

Click this link to read more updates in The Local's main news story.