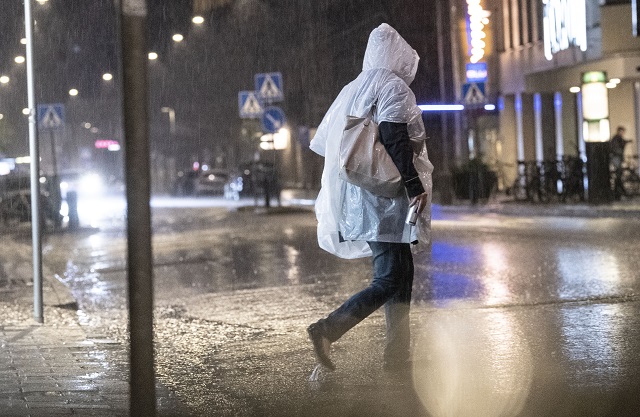 Rain, thunder and lightning led to public transport disruption in Skåne and fires in central Sweden on Wednesday night, and on Thursday morning much of central-southern Sweden including the capital  Stockholm was hit by the bad weather.

In the space of a few hours during Wednesday night, emergency services were alerted to five or six fires caused by lightning strikes in central Sweden, SVT Nyheter reported. Some of the fires affected residential buildings, including houses in Dalarna and Västmanland, while in Uppsala lightning was believed to have caused a fire at a barn where several horses were feared to have died.

And flooding due to unusually heavy rain led to disruptions in train traffic on the routes Fagersta-Gävle and Hallsberg-Gävle in southern Sweden on Thursday morning.

The bad weather was forecast to continue throughout Thursday in parts of western Svealand, before passing. In Stockholm, the Enskede Gård subway station south of the city centre was temporarily closed in the morning after flooding, but reopened shortly after 11am.

SMHI meteorologist Marie Staerk told the TT newswire there could be more thunderstorms during the day, saying: “It's a bit of an uncertain prognosis, but the greatest risk is in the area around the Roslagen coast, southern Dalarna, Gävleborg and Gotland”.

The good news was that by Friday morning, the sun is expected to make a reappearance, with sunshine and temperatures of 20-23C between Skåne and the Medelpad area in southern Norrland.