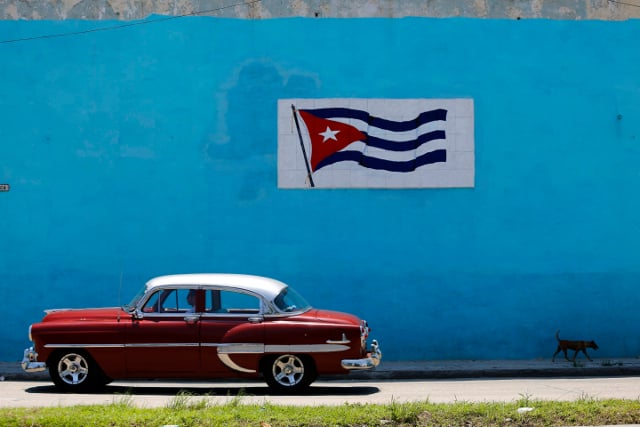 All EU states will have to ratify the deal for it to be valid. Photo: AP Photo/Desmond Boylan

The proposal, under the name 'Deal on political dialogue and collaboration between the European Union and its member states, on one side, and the Cuban Republic on the other', was first put to parliament in 2018, but from the beginning has divided Swedish lawmakers.

The position of the EU, and the Swedish government at the time, was that further isolation will not encourage Cuba to improve on human rights, and that a common EU position would instead be the best way to achieve that.

But two of Sweden's political parties, the Liberals and Christian Democrats, said back in 2018 that they would vote against the proposal if it was taken to parliament.

Both parties told Foreign Minister Margot Wallström during a parliamentary Question Time that they would not back the agreement until there are significant changes in the Cuban regime's stance on human rights.

The government did not cite any reasons in the message to parliament which formally withdrew the agreement. It comes after the parliamentary foreign commission tabled a vote on the proposal which had been scheduled for April 24th.

A press representative for Wallström told The Local that the bill's withdrawal was due to logistics. “It was because the parliament didn't have the time to [process the proposal] this year, so it was not an active decision by anyone,” she said, directing The Local to the Foreign Ministry's press department, which The Local has contacted for further comment. A vote on the proposal had been scheduled for April 24th. Photo: Tomas Oneborg/SvD/TT

The proposal was sent to parliament shortly before September's elections, which were followed by months of deadlock, only broken by the so-called January agreement between the governing Social Democrats and Green Party with the Centre and Liberal parties.

Foreign policy, however, was not part of the 73-point four-party agreement, leaving the government with no majority and in a position of needing to negotiate.

Civil Rights Defenders, an organization that has long campaigned against ratification of the deal, has welcomed the proposal's withdrawal, and suggested that the latest developments suggest there is insufficient support for the deal in parliament.

“The first is that [the government] doesn't have the numbers for a majority, the second that the government realizes there is no change going on Cuba and thirdly, that the most prominent human rights defenders and democracy activists are against the government ratifying this agreement. That's what I believe, but the government has not said.” Negotiations on the deal began in 2014. Photo: AP Photo/Ramon Espinosa

Earlier in April, Cuba approved a new constitution, which reaffirmed the Communist Party as the only legitimate political party in the country but introduced term limits and codified other changes that have taken place over the past three decades.

Pro-democracy campaigners argue that the one-party system is a human rights violation, and Jennische said that the April constitution shows that Cuba's leadership does not have the will to change, and that “the negotiations [with the EU] have not succeeded”.

He told The Local the development sent “a very strong signal to the Cuban government that if they continue with business as usual, that will have consequences”, as well as potentially setting an example for the three other EU member states who have yet to ratify the agreement.

Negotiations on the EU-Cuba deal began in 2014 and it was provisionally applied in November 2017 following European Parliament approval in July that year. However, it requires ratification from all 28 of the EU's member states before it can be fully implemented, and this is often a long process. In Sweden, international agreements of this kind require the approval of parliament.

A provisional version of the agreement has begun to be implemented, but if the EU's member states do not all ratify the deal, it will not continue to be valid.

Cuba is the only country in Latin America that the EU does not already have some kind of legal agreement with, and the new deal comprised of three sections (one on political dialogue, one on cooperation and sector policy dialogue, and one on trade and trade cooperation) is seen as a European response to Donald Trump's isolationist approach to the island.