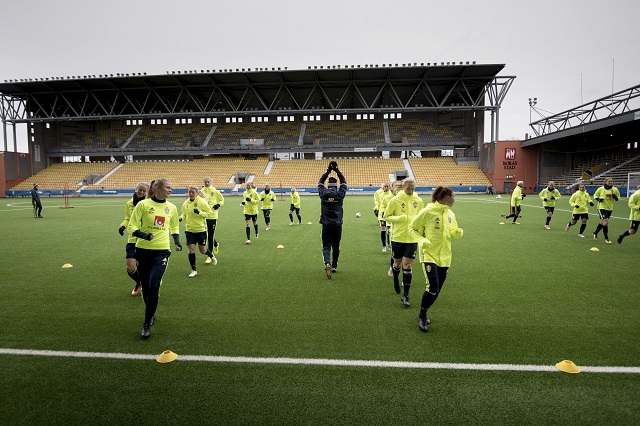 Peter Gerhardsson's side are three points ahead of tournament favourites the USA, who take on Chile later on Sunday in Paris, after a routine win that however saw emotional scenes when Kanjana Sung-Ngoen scored a late consolation goal for the Thais.

Linda Sembrant and Kosovare Asllani put the Swedes two up after 19 minutes with Fridolina Rolfo rifling a long-range finish three minutes before the break.

READ ALSO: 5 things to know about Sweden's chances in the Women's World Cup

Lina Hurtig headed home at the end of a flowing move with nine minutes left before the Thais, reeling from a humiliating record 13-0 defeat to the Americans in their opening match, restored pride through captain Sung-Ngoen's drilled near post finish.

The goal sparked wild celebrations and even tears from the Thai players and coaching staff, but VAR stepped in to dampen their mood when Natthakarn Chinwong was judged to have handled in the area deep into stoppage time.

Elin Rubensson made no mistake from the spot to complete an easy win and her side's qualification from the group.

Should the USA beat Chile as expected the Swedes will have to defeat them in their final match on Thursday if they want to win the group, due to the Americans' whopping goal difference advantage.