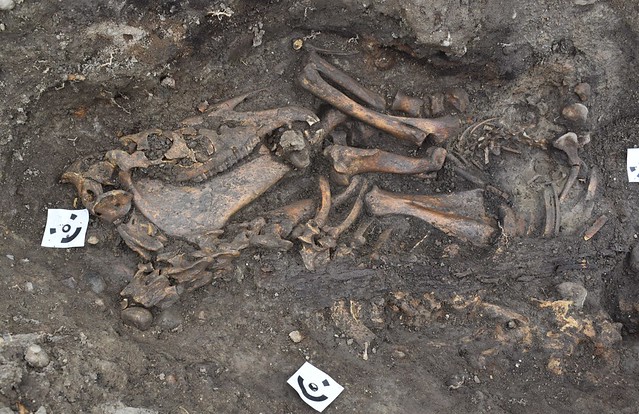 The skeleton of a horse found in one of the graves. Photo: Arkeologerna Statens historiska museer

The two graves were found by the vicarage in Gamla Uppsala during an excavation last autumn, and archeologists investigated the find in June this year.

In Sweden, only around ten burial ship sites of this kind have been found previously.

“This is a unique excavation, the last burial ship was examined 50 years ago,” said Anton Seiler, an archeologist who works with Sweden's historical museums.

Burial ships were full-sized boats in which people of high social standing were sometimes buried, often along with gifts and other objects.

One of the two newly discovered graves was intact, with remains of a man, a horse and a dog. Archeologists also found items including a sword, spear, shield, and an ornate comb.

“It is a small group of people who were buried in this way. You can suspect that they were distinguished people in the society of the time since burial ships in general are very rare,” said Anton Seiler.

Parts of the find will go on display at Gamla Uppsala Museum and Stockholm's Swedish History Museum.