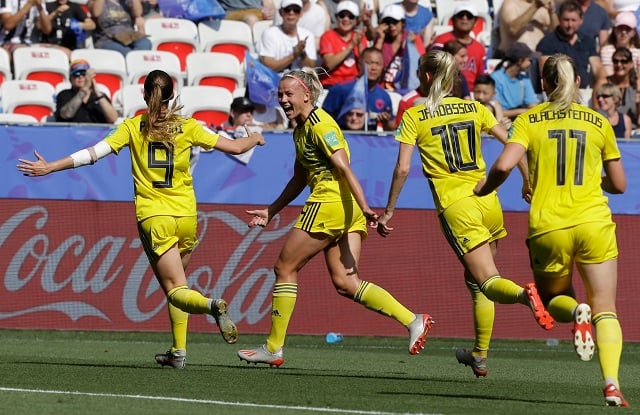 Sweden's women's team returned to Sweden on Monday after finishing third in the World Cup in France, and were greeted by tens of thousands of fans in Gothenburg.

The following day, Swedish tabloid Expressen published an opinion piece by women's rights advocates Nina Rung and Peter Rung, in which they said they had decided to report the Swedish Football Association to Sweden's Equality Ombudsman, a government agency tasked with fighting discrimination.

“We don't know how it is in Sweden, since the compensation was classified (information). But we can guess that they are far from equal,” they wrote in the op-ed, adding that despite performing better than their male counterparts in international tournaments “the ladies have had to settle for table scraps”.

The Swedish Football Association does not disclose details of payments to players and the authors were also critical of the association's lack of transparency.

Sweden, as in other countries, has had an ongoing debate over differences in compensation for female athletes. The debate was reignited in the autumn of 2018 when Swedish footballer Nilla Fischer decided to bring up the issue in her acceptance speech when she was named her country's female footballer of the year.

Sweden's Equality Ombudsman receives thousands of reports every year and picks around 200 for special review, after which it issues a recommendations. Recommendations are not legally binding but in a few cases the agency, when it deems the case important enough, can take organizations to court.

Sweden lost 1-0 to the Netherlands after extra time in the semi-finals of the women's World Cup and beat England 2-1 in the third-place playoff.