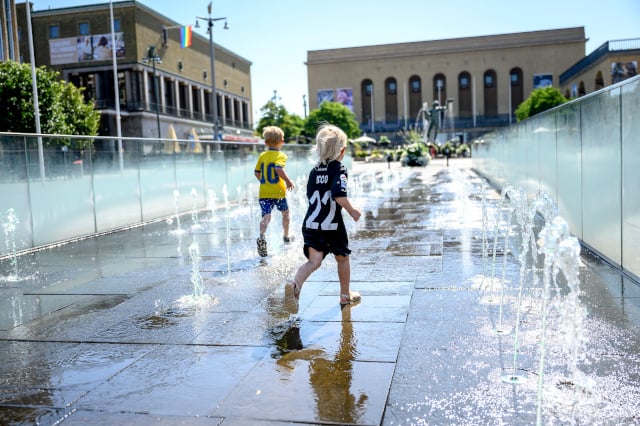 Unlike several other European countries, Sweden did not set a new national heat record in July.

But in the far north, close to the Finnish border, the village of Markusvinsa saw the mercury climb to a sizzling 34.8C – the hottest temperature ever recorded north of the Arctic Circle in Sweden.

It was unseasonably warm in several other towns in northern Sweden as well, with Haparanda recording its highest temperature since 1896 (33.6C). Kvikkjokk, Gunnarn and Storlien also reported temperatures above 30C – equalling or breaking records from over a century ago.

But all in all, the average temperature for July did not deviate much from normal in Sweden, and did not come close to July last year. This was because of the unusually chilly start to the month.

In Stockholm, temperatures fell to 7.8C overnight between July 4th and 5th. This was the coldest July weather the Swedish capital has seen since 1977, according to the national weather agency SMHI.

And in Ljusnedal in the Härjedalen region, the mercury dropped to -2.2C the night before.

It was a comparatively dry month in most of Sweden according to SMHI, with only seven millimetres of rainfall in for example Haparanda – its least amount of rain in July since 1945.

Visby on the island of Gotland, on the other hand, saw 92 millimetres of rain fall in July. It is likely to have come as a relief to the island, which regularly suffers from serious drought in summer.