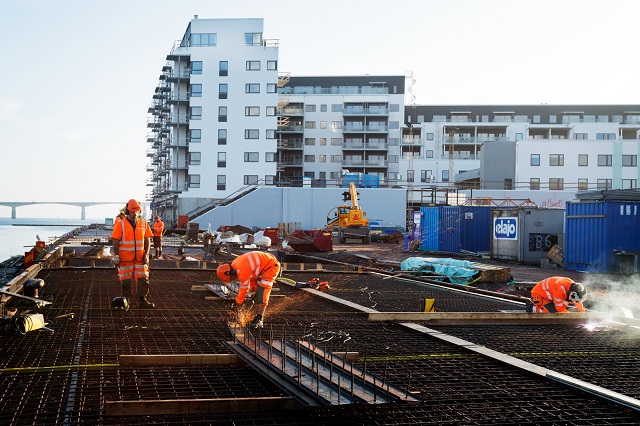 127 permits were granted to people working in the construction industry. Photo: Sofia Sabel/imagebank.sweden.se
This article is available to Members of The Local. Read more Membership Exclusives here.
The majority of permits approved were granted due to studies, with a total of 4,353, which is perhaps unsurprising given that the autumn semester starts soon.

Citizens of these countries have the right to live and work in Sweden without a permit, provided they will be studying or can support themselves (through a job or private income), but those who are moving to join a Swedish partner still have the option to apply for a residence permit when they move, even if they do not automatically have right of residence.

Among those who received work permits, the majority were moving to Sweden to be employees of a Swedish company (1,438 in total).

Just three were granted work permits as entrepreneurs, while 123 guest researchers received work permits, and 535 received their permits linked to an international exchange, internship, or as an athlete. This category also included those who received permits because they had a partner who was granted a work permit, which applied to 1,099 people.

A total of 127 work permits were granted for people set to work in the construction industry; 101 for the service industry; 38 for machine manufacturing and transport; another 38 for management roles; 32 for agricultural work; and 29 for administrative work or customer services.

As of the end of July 2019, there were 14,965 'open' work permit cases, meaning the application had been submitted but no decision had yet been made.