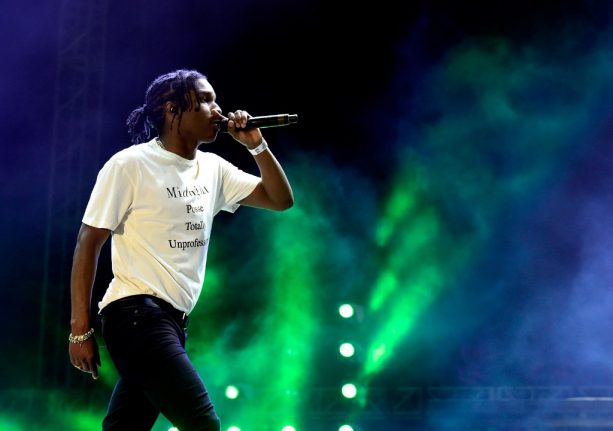 The 30-year-old artist, whose real name is Rakim Mayers, arrived around midnight on Friday aboard a private jet on a flight from Stockholm, ABC and CBS reported.

“He actually stayed in the private terminal parking lot for around 45 minutes, talking and joking most of the time,” TMZ added.

Mayers had been held in Sweden since July 3 when he was arrested following a brawl in Stockholm on June 30, which saw him and his crew embroiled in a fight with a 19-year-old plaintiff.

The case had even prompted President Donald Trump to call for Mayers to be freed — drawing complaints of interference from Swedish politicians.

Mayers and two others had been held in custody ahead of their trial because the court deemed him a “flight risk.”

On Friday, the Stockholm district court's presiding judge Per Lennerbrant said that Mayers could be released pending the verdict, which will be delivered on August 14.

His detention has sparked a campaign for his release by his fans and fellow artists, with an online petition called #JusticeForRocky garnering more than 640,000 signatures. Social media campaigns have even urged fans to boycott Swedish brands such as Ikea.

The New York-born rapper made no official announcement of his return to the United States on his social media accounts.

Earlier however he thanked his fans via Instagram for their support after his release.

“Thank you from the bottom of my heart to all of my fans, friends and anyone across the globe who supported me during these last few weeks, I can't begin to describe how grateful I am for all of you,” the post said.