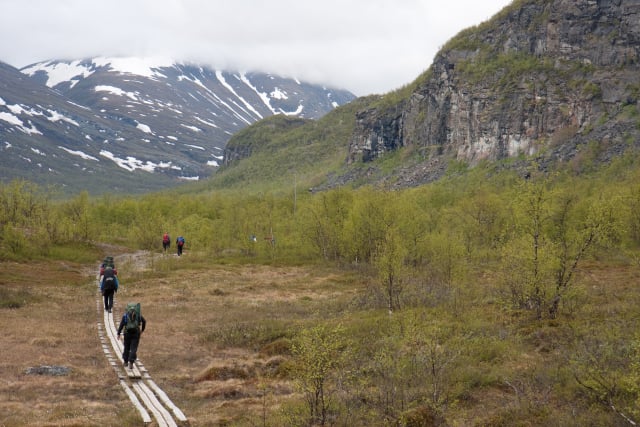 One party of six hikers whose clothes were insufficient for the weather were taken by surprise when fog suddenly descended on the mountain. They were still being helped on Wednesday morning.

Another group of four people were also caught out by the fog at around 9.30pm on Tuesday, reports Swedish public radio. One of the hikers had also fallen and injured themselves, but the group made it to the mountain station before the dispatched mountain rescue teams reached the scene.

Mountain rescuers also came to the aid of a lone hiker who had hurt his leg and could not walk, after a passerby raised the alarm. He was brought down to the mountain station overnight.

Swedish authorities have previously warned of mountain rescue resources being drained by an apparently increasing number of inexperienced walkers attempting to take on Sweden's mountains.