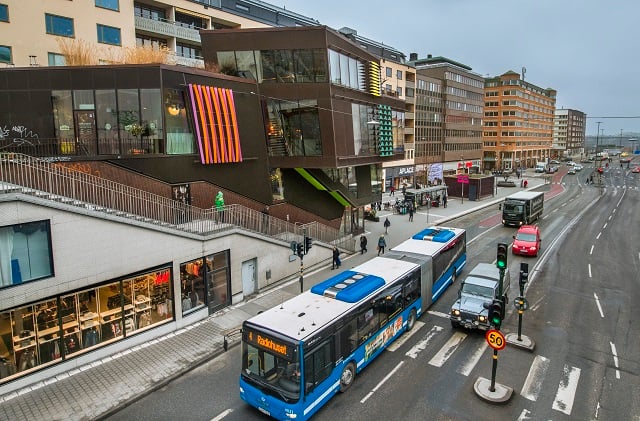 A public bus pictured in the Hornstull neighbourhood of Stockholm. Photo: Claudio Bresciani/TT

The government has begun an investigation which involves looking into how a nationwide ticketing system would work.

“Travelling with public transport is good for the environment and we know that an increasing number of passengers want to be able to choose sustainable modes of transport,” said Infrastructure Minister Tomas Eneroth. “A national ticket system will make it easier to choose buses, trains and ferries.”

Today, it is possible to buy train and some bus tickets on the website of state railway operator SJ, including tickets for some routes not operated by the company.

But regional and local transport is a different story. Each of Sweden's 21 regions has its own transport operator, something which could make it hard for travellers to find the right information about their journey and to buy tickets.

The government has appointed a commissioner, Gerhard Wennerström, to look into how a nationwide ticketing system could be designed, introduced, managed, and financed.

This will include an analysis of the “needs and obstacles” linked to buying tickets for public transport, looking into how other countries have introduced nationwide ticket systems, as well as suggestions for which forms of transports should be included, and a suggested schedule for the introduction of a potential new system.

The effort to introduce this ticketing system was part of the so-called January deal made between the centre-left government and the Centre and Liberal parties, in which they agreed on 73 policy points covering climate, migration, and housing policy among other things.

Separately, the government in March announced a 50 million kronor (€4.7m) investment to push forward plans for new night trains to continental Europe. And SJ has said it also plans to improve options for international rail travel by adjusting its timetable to fit with cross-border departures.