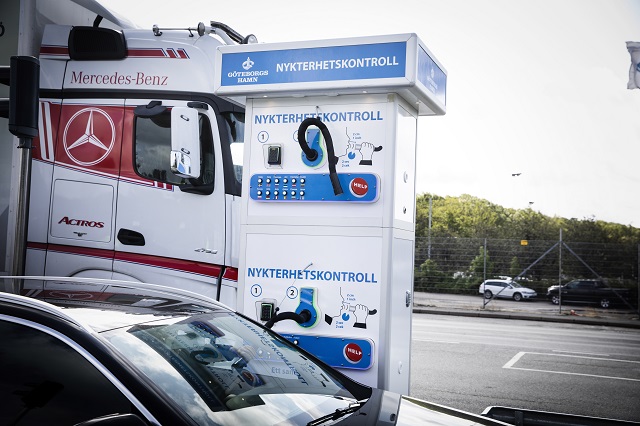 A so-called 'alcohol barrier' has been installed in the western Swedish port, which means that some drivers travelling into the area will be selected at random to blow into breathalyzers, in order to measure their blood alcohol content.

If the level of alcohol in their blood is assessed to be too high, the barrier will not go up.

“It's a signal for those who come onto Swedish roads, to show that we have checks and that it's required for you to be sober when you drive on Swedish roads,” said Infrastructure Minister Tomas Eneroth.

Eneroth said he hoped to roll out the checks to more ports around the country.

“The work is ongoing, and there will be an establishment phase,” he said. “I have been clear that I want to see this type of check in all of Sweden's ports, in principle.”

The automatic barriers were developed by the Swedish Transport Administration (Trafikverket) together with the Gothenburg Port Authority, after the government in 2017 asked Trafikverket to investigate the possible introduction of such checks.