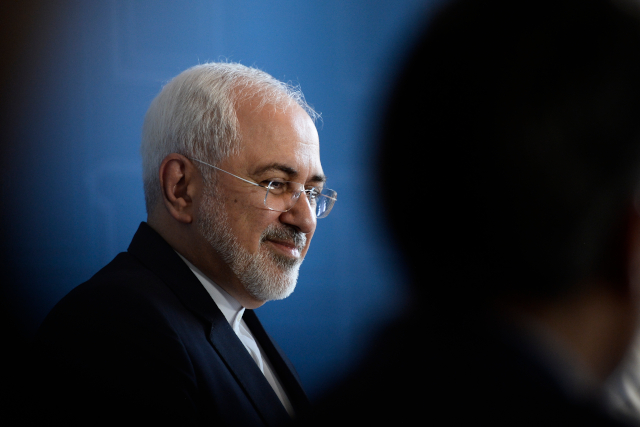 It provided no further details.

Fazel was travelling with Zarif's delegation as part of an international tour to Finland, Sweden and Norway and other countries.

On August 20th, “when I was in Sweden, one of my colleagues in Tehran contacted me via internet and said 'four plainclothes came to the news agency with a warrant for your arrest',” he said in an interview with Swedish public broadcaster SVT.

He had recently published a list of names of Iranian officials who allegedly hold dual citizenship in countries the Iranian government views as “hostile states”.

Iran does not recognize dual citizenship and refuses to provide consular aid to Iranian dual nationals.

“The Iranian government officially announced that it will file a complaint,” Fazel told SVT.

The day after his colleague in Iran tipped him off, while still in Sweden, Fazel managed to slip away from the delegation.

“It was very difficult because of the 48 bodyguards that were there to provide security for Dr Zarif and keep an eye on the reporters,” he said.

The journalist refused to be drawn on his political affiliation.

Zarif has been on a world diplomatic tour that kicked off in Kuwait on August 17th, before visiting the Nordic countries and France, where he held meetings on the sidelines of the G7 summit in Biarritz.

Iran occupies spot 170, out of 180, in the 2019 Reporters Without Borders rankings of countries' press freedoms.

Iran has arrested and imprisoned a number of Iranians with dual nationality, in what Western governments have denounced as a ruthless policy to exercise diplomatic pressure.

Ahmadreza Djalali, an Iranian researcher based at Sweden's Karolinska Institute, was arrested during a trip to Iran in 2016 and is still being held. Sweden last year granted him citizenship to get a stronger position in negotiations with the country.