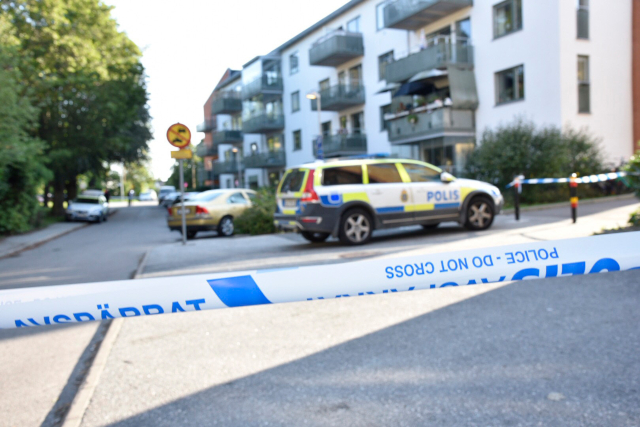 Police were called out at around 1.30am on Wednesday after witnesses reported hearing what sounded like gunshots. A car was also reported as leaving the area in connection with the shooting.

A woman, aged around 18, was found injured on the scene, inside an apartment, and was taken to hospital by ambulance. But at 7.19am police said she had died from her injuries.

The suspected crime scene was cordoned off for a forensic investigation, and police were set to spend the morning knocking on doors in the area to collect witness statements and more information.

No arrests had been made by noon.

The shooting comes just days after a woman in her 30s was shot and killed in Malmö.

Female shooting victims are relatively rare in Sweden. In 2018, only one woman was killed with a gun. Out of 108 cases of deadly violence, 33 of the victims were women, according to the Swedish National Council for Crime Prevention (Brå).