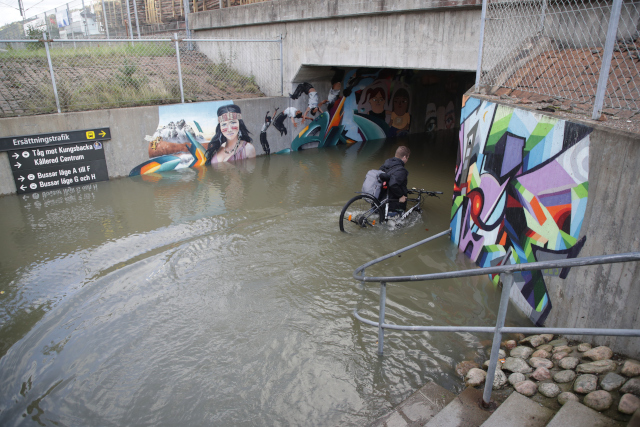 Around 35 millimetres of rain fell in Kållered south of Gothenburg in less than 24 hours on Tuesday evening, said meteorologists at Sweden's national weather agency SMHI. Roads and car parks were flooded, and the E6 motorway that runs past the Ikea store in the suburb remained closed in northbound direction on Wednesday morning. Traffic authorities said they had to wait to open the northbound lane until the water subsided, which could take until Wednesday afternoon. Several trains were also cancelled on Wednesday morning after a pedestrian tunnel under the tracks at Kållered was flooded.

READ ALSO: 'Skyfall' is The Local's Swedish word of the day