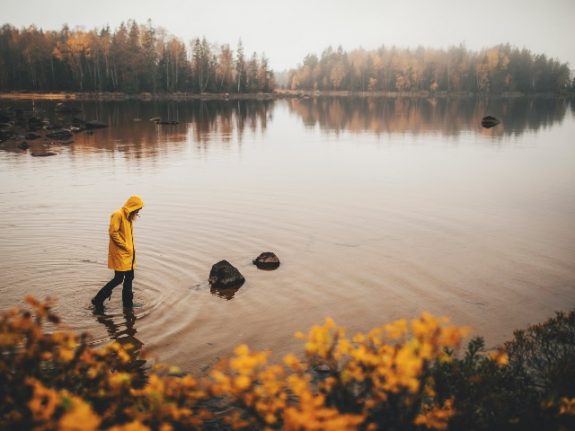 Alexander Hall/imagebank.sweden.se
The first and last thing to know about Swedes is their hyperindividualism. Even though Swedes often don’t think of themselves in these terms, a radical sense of individualism, enabled by a comprehensive welfare state system eliminating any need for dependency on other people, permeates the Swedish psyche. Put differently, though largely subconscious, the organizing principle of the Swedish orientation in the world is their conviction that they—along with everyone else—are basically on their own in life.
Importantly, Swedes are not individualists in the normal sense of the word. Rather, they subscribe, however tacitly and subconsciously, to an unarticulated ideology of individualism in the sense of stoic self-reliance and self-sufficiency. The Swedes, therefore, prize autonomy and independence above all. They do not, however, celebrate their freedom from other people as an opportunity for personal gain or self-indulgence, neither as an end in and of itself; for Swedes, the self-sufficient individual is simply a brute fact of existence.
It is this general ethos of individualism which is the main source of many of the Swedes’ curious beliefs as well as behavioral quirks in the social sphere. For example, Swedes want to help other people, in theory, but they’d rather not have to get their hands dirty after having paid their taxes. Also, Swedes, as a rule, dislike engaging in activities where they have to improvise too much, and, therefore, often shy away not only from conflict and confrontation but from any situation pushing them outside of their comfort zone. For this same reason, it is more often than not quite hard for international visitors to make friends with Swedes. Simply, Swedes have an impulse against spontaneity and toward control; they prefer for life to unfold neatly and according to plan.
While all of the above might put an outsider off, even lead them to think of Swedes as intimidating and coldhearted, the curious part about Swedes is that, so long as they are left alone when they so wish—and you approach them with caution and consideration—the flipside of their eccentricity is an underlying sense of care and concern. The main reason for this is that their longing for independence is steeped in a strong sense of collectivism, a deep-seated and culturally shared belief in the inviolable dignity and equality of everyone. In other words, the Swedes’ seemingly excessive preoccupation with their own lives, because it is essentially selfless and coupled with a democratic sensibility, is also a source of openness, warmth, and humility.
For outsiders to come these strange Swedes closer, then, it is key to be wary of their boundaries, and realize that their way about the world is as natural to them as the seasons. If succeeding in this exercise in intercultural understanding, however, the outsider is likely to find that behind the Swedes' shy facade, they are just as curious about you as you are about them.