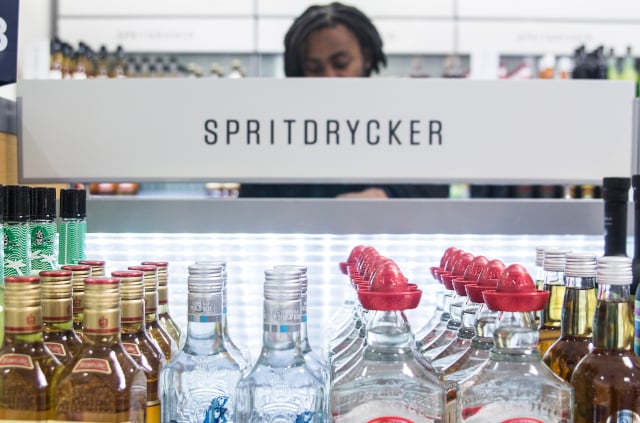 We'll get to the taco debate shortly, but first things first.

Moderate Party leaders are set to put forward a proposal at their party conference this autumn suggesting that alcohol monopoly chain Systembolaget extend its stores' opening hours to include Sundays.

Systembolaget's opening hours are decided by the Swedish parliament and are restricted to no later than 8pm on weekdays (although most stores close at 7pm) and 3pm on Saturdays.

They are completely closed on Sundays and other public holidays.

“I think it is reasonable for people to decide for themselves when to buy alcohol during the week. That is our basic starting point,” Moderate party secretary Gunnar Strömmer told Swedish public radio SR on Friday.

If the proposal is backed by party members, it will be the first time a party pushes for Sunday opening times at Systembolaget in parliament, although individual politicians have in the past spoken about the issue.

“For us this is an important issue of freedom, that you as a family or an individual should be able to decide for yourself if you want to buy a bottle of wine or a can of beer for your 'taco cosiness' on Sundays,” Muf chairman Benjamin Dousa told SR.

There are two things we need to explain at this stage. The Swedish word tacomys translates awkwardly into English. Mys is related to the adjective mysig (cosy) and the verb att mysa, which can mean 'to cuddle/snuggle' but usually just means 'to have a pleasant, relaxing, chilled-out time'. It's often heard in the compound noun fredagsmys, 'Friday cosiness'.

Secondly, this is where the taco debate comes in.

For as many Swedes quickly took to social media to point out, Friday and not Sunday is the traditional day for eating Sweden's bastardization of Tex-Mex tacos. In many homes it is an essential part of fredagsmys.

“I won't get involved in the Systembolaget debate, but tell me, when did we introduce tacomys on Sundays?” asked Owe Nilsson, politics reporter for Swedish news agency TT.

But Muf's press secretary Jonna Sandström hit back, saying that this was precisely the point:

The proposal about Systembolaget staying open on Sundays is also likely to spark debate once the Swedes agree to disagree about tacos, because while it may seem curious to foreigners, the state-run alcohol chain has a long tradition and is regularly ranked as one of the country's most trusted institutions.

Most larger stores in Sweden are open on Sundays. Systembolaget on the other hand emerged from local alcohol monopolies operating since the mid-1800s, which were merged to form a single national firm in 1955. Its goal is to minimize alcohol-related problems and enforce Sweden's age limit for purchasing alcohol. Special offers and discounts intended to make a profit, such as “three for two”, are banned.

But some consumers and producers see the practice as having the opposite effect, creating an unfair and unsafe barrier to alcohol, or just being an annoyance when you're going over to someone's house on a Friday evening and suddenly realize you don't have a bottle of wine to bring with you for the host.

What do you think? Comment below or fill out the questionnaire to have your say: