Lightning strikes the Öresund Bridge on June 15 this year. Photo: Jonas Ericsson/TT
Erik Engström, a meteorologist at state weather forecaster SMHI told broadcaster TV4 that the high frequency of thunder and lightning came down to warm weather.
“This summer we had a lot of warm, wet air coming in over the country and that's one of the main pre-conditions for storms,” he said.
READ ALSO:
In the worst storms this June, lightning strikes knocked out power supplies across parts of Skåne, southern Sweden, and also set fire to an apartment building in the city of Malmö, forcing several families to be evacuated.
Engström told TV4 that southern Sweden had been the most badly hit because its climate was anyway warmer that more northerly parts of Sweden.
He said that as there were a lot of elements involved, it  was difficult to link the spike in lightning strikes to climate change.
“We are developing a warmer climate, that’s clear, but there are other relevant factors,” he said.
According to SMHI, 177,196 lightning strikes were recorded in 2018, and 34,931 in 2017. 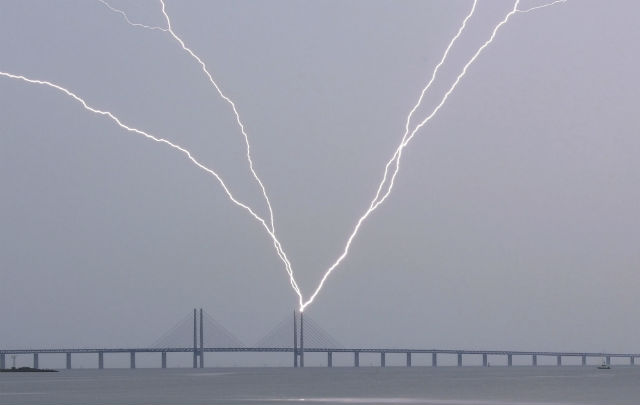