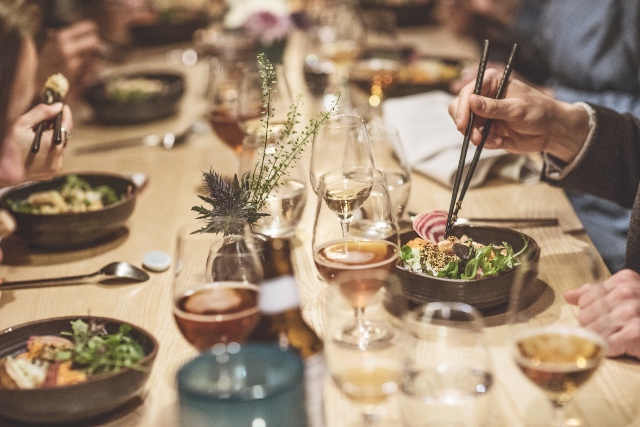 Collaboration and openness are cornerstones of Swedish values and this is evident in the country’s evolving culinary scene. Particularly in Stockholm, you’ll come across many restaurants with menus that have been influenced by other culinary traditions.

In the two years since Saori Ichihara opened ICHI, the Japanese head chef and her team of three Swedish co-chefs have set a novel example for how Nordic cuisine can be taken to the next level by way of foreign influences. Serving up a constantly evolving tasting menu that changes according to season and availability, the Osaka-born powerhouse reimagines high-quality Swedish produce and raw materials using Japanese techniques and other global influences.

“In the kitchen, I always try to do something original. When it comes to new dishes, we always brainstorm and exchange ideas with one another during the process of experimentation,” says Saori, who previously worked at Stockholm-based Michelin star restaurant Esperanto as well as Oaxen Krog on Djurgården. ”I’m very inspired by people and especially when I see them cook. For example, when we have visiting chefs for guest performances in the kitchen, I always get ideas for new dishes and concepts and jot down things to try.”

Jesper Kvarnefält, who ran bao eatery Barobao with his brother Kim Kvarnefält before opening ICHI together with Saori in October 2014, believes that Saori has a very unique way of working in the kitchen.

“The vision and food is all her,” Jesper Kvarnefält says. “She is so special and has a very strong vision in the kitchen, even if we all contribute to the totality, as it were. But it’s always her thinking with all of the raw materials.”

Working with Saori has also had a considerable impact on Kvarnefält’s culinary sensibility and openness to new tastes. Before meeting Saori, he was very into salty, deep, and heavy flavors but nowadays he is more receptive to finding a fine-tuned balance in dishes.

“Saori has taught me that it’s all about constantly being open to inspiration,” Kvarnefält continues. “And it doesn't have to be at a restaurant or from a chef you admire; sometimes it’s just a smell or something minuscule that is the spark for something completely new.”