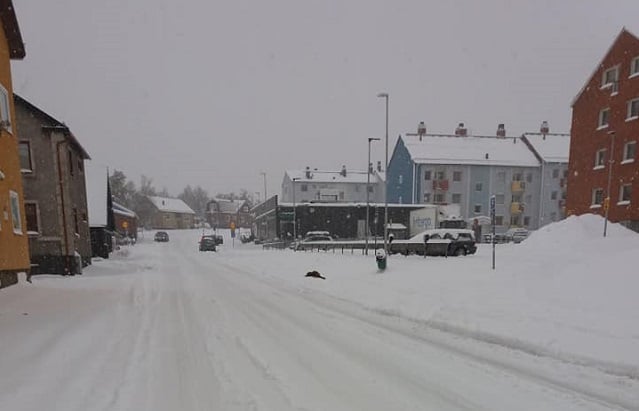 In Jukkasjärvi, Norrbotten, 14 centimetres of snow were measured on Monday morning after overnight snowfall. A class-one weather warning (the lowest level on a three-point scale) was still in place in the afternoon after first being issued by meteorological institute SMHI on Sunday.

Several areas of the rest of the country were affected by a low pressure area which led to cloudy weather and some rainfall. Temperatures were up to 15C in southernmost Sweden and single digits in the north, with some parts of the northern mountain ranges dropping into minus figures.

And the snow is expected to move southwards and reach central Norrland on Tuesday. Snowfall was forecast as far as northern Dalarna later in the day, but further south than that, no snow is expected yet.

“In Västernorrland and Jämtland on Tuesday there may be rain, but also snow,” SMHI meteorologist Marcus Sjöstedt told TT. “Further south, it's such mild weather that whatever precipitation there is will fall as rain.”

Later in the week, cool, dry weather is forecast with particularly cold nights.

“It is hard to say what will happen next week, whether we will get any milder air, but we don't see any sign of any real warmth,” warned Sjöstedt.