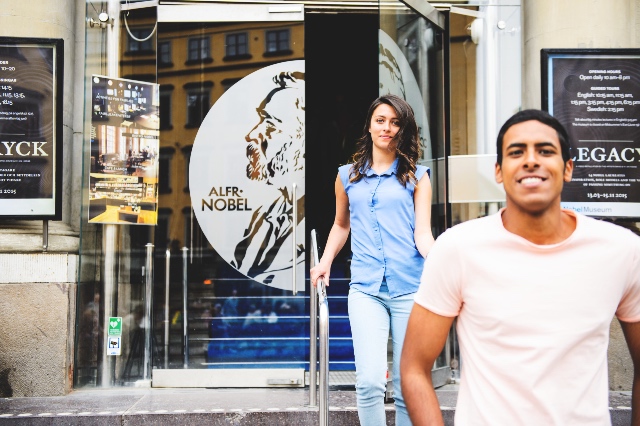 For those of you who will be in or around Stockholm next week, we have curated a list of events that we think will be of special interest to you as future global leaders. All of the events below are free of charge and will be held in English.

The history of the Nobel Prize

During this hour-long lecture, Olof Somell, Project Manager at the Nobel Prize Museum, will walk the audience through the history of the Nobel Prize. Attendees can expect to learn more about how the prestigious award has evolved over the years and the impact that Nobel Laureates have had and continue to have on the world.

Frank Wilczek on physics, the Nobel Prize, beauty and knowledge

A collaboration between Kulturhuset Stadsteatern and Stockholm University, in this talk the Nobel-prize winning physicist Frank Wilczek will talk around his theory that beauty is the organizing principle guiding the whole universe. Frank Wilczek, who was awarded the 2004 Nobel Prize in Physics for the discovery of the fundamental equations behind the force that holds atomic nuclei together, is a professor of theoretical physics at the Massachusetts Institute of Technology. His most recent book is A Beautiful Question: Finding Nature’s Deep Design.

Where: Kulturhuset Stadsteatern, Under the Fountain, Sergels torg

“Talk about” – a series of daily mini-lectures

Every afternoon next week, the Nobel Prize Museum hosts a mini-lecture on following that day’s Nobel prize announcement. Led by the museum’s knowledgeable specialists, the 15-minute talks, which will take place in the museum restaurant, will provide in-depth looks at the subjects at hand and will explain what this year’s Laureate(s) have accomplished.

The Nobel Walk at Stockholm University

This is a guided tour of Stockholm University which focuses on the University’s Nobel Laureates to date. During the tour, Anders Bárány, Professor Emeritus of Theoretical Physics and former secretary of the Nobel Committee for Physics, will talk about Svante Arrheniu, who predicted the greenhouse effect more than 100 years ago, and Gunnar Myrdal, one of the 20th century’s leading economists.

Where: Gather up by the Metro stop Universitetet

More events can be found here.