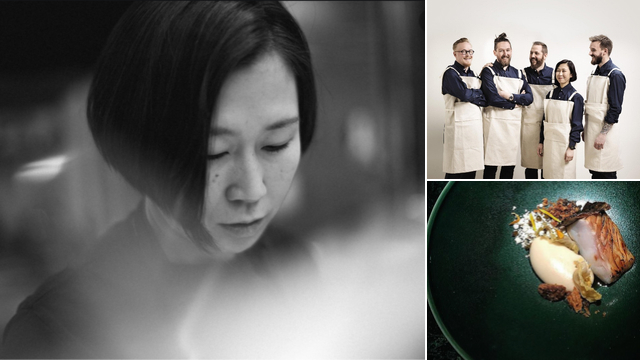 According to renowned Swedish food and wine journalist Per Styregård, there’s no question that Stockholm’s food scene has a long legacy of foreign influences. The culinary aficionado believes that more and more chefs are innovating traditional Swedish and Nordic cuisine with the best of other global kitchens.

“Stockholm has a unique position and great sources of diversity insofar as it is home to many people from all over the world,” says Styregård, who is currently editor and presenter of the popular podcast series Matlaboratoriet at OpenLab as well as a regular wine critic at Swedish business newspaper Dagens Industri. “This creates a whole roster of possibilities of culinary diversity and I think that Stockholm, generally speaking, is fairly good at utilizing the possibilities that these resources present.”

As a country with a long history of relatively open borders, immigrants have naturally contributed to the culture and cuisine of Sweden – and especially Stockholm – since the 1930s. Over the decades, labor migrants and refugees alike have not only contributed to making the Swedish culinary scene more diverse; according to Styregård, they have also had an impact on how Swedish restaurants approach everything from raw materials to hospitality. “I think that the whole food and restaurant industry in Sweden has benefited greatly from the influx of people from places like Italy, Greece, the Middle East, the horn of Africa and former Yugoslavia,” says Styregård. “As a result of Sweden’s openness to immigration, Sweden in general and Stockholm in particular have become home to an impressive roster of authentic ethnic restaurants, a scene much more diverse and exciting than in most other European cities of similar size.”

Alongside embracing diversity, in recent years, Sweden has adopted the global megatrend of getting back to basics in the kitchen. At high-end restaurants in Stockholm in particular the celebration of traditional regional and national cuisine made from locally-sourced and ecological ingredients is becoming the norm. According to Per Styregård, this trend has not, however, been at the expense of diversity.

“The idea of digging where you stand has really been a red thread in Sweden and the Nordic countries for a very long time and that’s still the case. I think this is fantastic for Sweden’s collective self-esteem for the nation to feel rooted,” says Per Styregård. “But the idea here is not to be excluding; most top chefs at these restaurants are very innovative and incorporate influences from their trips to other countries and kitchens as well as guest chefs and food literature. So these restaurants are certainly innovating Swedish cuisine with other culinary traditions in unique ways.”

Applauded Swedish-Japanese restaurant ICHI on Södermalm, where dishes are made by Japanese head chef Saori Ichihara alongside three Swedish chefs and one Spanish chef, is using foreign influences to take Swedish cuisine to the next level. Ichihara applies her take on traditional Japanese cuisine to Swedish raw materials with award-winning results.

“From the start, we wanted to focus on modern and elegant fine dining using Japanese techniques and Nordic raw materials according to season and availability,” says Ichihara, who opened ICHI in October 2017 together with chef-duo Jesper and Kim Kvarnefält and Richard Poland, previously of Barobao on Södermalm, as well as Joakim Sindahl. “We are very ambitious and want to offer a completely unique gastronomic experience that at the same time doesn’t cost a fortune.” For Ichihara, one of the key ingredients in leading a successful multicultural restaurant is to be innovative and always look for new sources of inspiration. This, in part, is a drive that she picked up during her formative time at Stockholm-based Michelin star restaurant Esperanto, where she worked alongside star chef Sayan Isaksson, who is set to open a new Thai restaurant at Berns next year.

“If there is one red thread in my cooking it is the aspiration for novelty. Using Nordic raw materials as our starting point, in the kitchen, I always try to ask myself and the team what more can be done with a particular dish to make it more unique and unlike anything that has ever been done before,” Ichihara tells The Local.

According to Styregård, many Swedish high-end and mid-range restaurants are, like ICHI, experimenting more and more with blending their go-to recipes with ingredients and techniques from other cultures. He adds that foreign chefs are also flocking to Sweden to work in trend-setting kitchens such as Rutabaga, Ekstedt, Gastrologik, Agrikultur, Oaxen Krog, and Frantzén.

“I think that if more and more restaurants emulate this model, then the variety and quantity of restaurant and food experiences in Sweden and Stockholm can become even better,” he says. “And as top chefs and high-profile restaurants let themselves be influenced, the more diverse and dynamic the Swedish food scene will become – and the more curious customers will become about different cuisines. So it is a positive feedback loop.”

What is clear is that Stockholm’s culinary scene is evolving and Styregård believes that restaurants such as ICHI and Swedish-led Asian restaurant Tak and UNN will become more common in the years to come.

“There is certainly a lot of untapped potential, and more vitality and knowledge waiting to be explored and actualized in Stockholm. Personally, I think that young people in particular are starting to break old barriers and push for more diversity and exchange.”

Visit Sweden and Visit Stockholm have collaborated with some of Sweden’s top chefs to create a Stockholm restaurant guide. Click here to discover the hand-picked selection, also available as a step-by-step audio guide for the visually impaired.